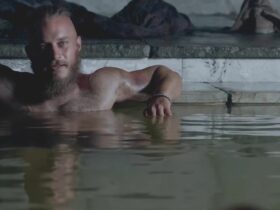 Revealing everything about Vikings season 6

In April 2022, the duo made their first public appearance as a couple.

Katie Holmes boyfriend: composer Bobby Wooten III. The couple was first seen together in April 2022 and appeared on the red carpet in May 2022.

Wooten recently preceded Holmes to the opening night of her film, Alone Together, so you know things are getting serious.

Every interesting fact one should know about Bobby Wooten III is listed below.

Wooten was born in New Jersey and brought up in Chicago, Illinois, where he sang in his family’s gospel choir, the Wooten Choral Ensemble, as a child. In 2021, he shared, “My grandfather founded the Wooten Choral Ensemble in 1949.” “I was born in New Jersey, where we lived at a time when my father was doing pop music and studio work, as well as playing keyboards in Marcus Miller’s band.”

According to Bass Magazine, he taught himself to play the bass “I taught myself completely, learning whatever songs I wanted. Stevie Wonder, Red Hot Chili Peppers, and a lot of Motown. So I started playing keys and bass in church every week. I never began taking a bass lesson until college, when I was more interested in learning upright bass.”

He has worked in collaboration with Carly Rae Jepsen, Jennifer Lopez, Mac Miller, Jennifer Hudson, and Rick Ross, among many others, till now. Kate Holmes commented on a series of red hearts on a recent Instagram of a performance with Jepsen.

He will serve as a Visiting Assistant Arts professor at the NYU Clive Davis Institute from 2022 to 2023.

He was a member of David Byrne’s original Broadway cast of American Utopia.

American Utopia by David Byrne features Byrne and 11 musicians performing songs from Byrne’s catalog. “It will always be special to me that I performed in a Broadway show as myself, rather than as a character,” Wooten said.

Wooten is candid on Instagram about the influence Byrne has had on him as a musician and as a person. “David has significantly affected my life in myriad ways, and I’m eternally grateful for the journey,” he recently wrote.

In April 2022, he was first seen with Katie Holmes.

Mutual friends allegedly introduced Holmes and Wooten. The new couple was photographed kissing in Central Park and visiting the Guggenheim Museum in April 2022. They made their red-carpet appearance together at the Moth Ball’s 25th Anniversary Gala in May 2022.

“I’m glad [Katie] is here as my date,” Wooten told Us Weekly on the red carpet.

“I’m thrilled to be here to support [honoree] David [Byrne]. He’s had a huge impact on my life, so it’s easy to list everything he’s done for me.”

Wooten accompanied Holmes to the special screening of her film, Alone Together, in June 2022, where they walked the red carpet holding hands.

The two attended Wooten’s close friend’s wedding in Montauk at the end of June, and Wooten and Holmes were spotted on dates throughout the summer, including on the Upper West Side and in Washington Square Park.

They’ve mostly been caught on camera together on dinner dates, and they recently got takeout while Holmes was dressed in a large knit sweater.

Wooten and Holmes sat in the front row at the Chloé Spring/Summer show during Paris Fashion Week in September.

Before Bobby Wooten, Katie has been in relationships with popular names.

Katie Holmes may prefer to keep her love life private, but the general public has long been intrigued.

The Dawson’s Creek alum has been linked to a number of high-profile men over the years, most notably Tom Cruise. She told Seventeen magazine in 2004 that she “used to think I was going to marry” Mission: Impossible actor Chris Klein.

In 2005, Holmes began dating Cruise, the same year she called off her engagement to the Sweet Magnolias actor. That June, the First Daughter star revealed her intention to convert to Cruise’s religion, Scientology, and the couple announced their engagement later that month.

The couple welcomed their daughter in April 2006 and married in Italy the following November. Holmes filed for divorce nearly six years later. The case was settled in August 2012.

In March 2020, Holmes spoke to InStyle about the fallout of her judicial separation from Cruise, during which she relocated to New York City with their daughter. “It was a tense period. “I had a little child on top of it, so it was a lot of attention,” she explained. “We had some amusing moments out in public. “I love the city because so many people I didn’t know became my friends and helped us out.”

Within a year of her divorce from Cruise, the Batman Begins star was linked to Jamie Foxx, the Top Gun: Maverick actor’s co-star in 2004’s Collateral. The public was mostly kept in the dark about the couple’s romance. They would eventually part ways in 2019 after six years together.

An intelligence source exclusively revealed to Us Weekly at the time of their breakup that Holmes was the one who called it quits on their relationship. Their breakup came shortly after the Just Mercy actor was spotted with singer Sela Vave.

Meanwhile, the Brahms: The Boy II actress began dating Emilio Vitolo Jr. in September 2020. The couple was spotted together in New York City on two occasions, one of which they were caught in PDA. Us announced their divorce in May 2021.

Overall, Holmes’ primary focus in recent times has been caring for her one and only daughter. “My child is the most important person to me,” she told Town & Country in March 2017. “It’s critical that I’m present and that she has a stable, innocent childhood.” I consider myself extremely fortunate to do what I do, but nothing beats seeing your child succeed.”

They dated briefly after meeting on the set of Dawson’s Creek in the late 1990s, but they split up in 1999. Jackson married Jodie Turner-Smith in 2019 after dating Diane Kruger for a decade. In 2020, the couple will have their first child together.

After splitting up with Jackson, Holmes began dating the American Pie actor. They were engaged in 2003 and divorced in 2005. Klein later married Laina Rose Thyfault in 2015, with whom he has a son named Frederick.

Tom and Katie were married from 2006 to 2012. She has primary custody of their daughter.

After being spotted together in The Hamptons in 2013, Us broke the news of their relationship in 2015. They had a quiet romance for six years before splitting up in August 2019. At the time of their split, an insider told Us that the two actors’ “lives were different,” adding that “his partying ways don’t fit with her as she’s concentrating on raising her girl and working.”

In September 2020, one year after her divorce from Foxx, Holmes sparked dating speculations with Vitolo Jr. The couple was spotted at dinner in New York City. They were spotted packing on PDA in New York a few days later. Eight months later, Us exclusively revealed that the couple had split. “Katie and Emilio had a great time together — it just didn’t work out,” a source told Us at the time. “She is concentrating on being a mother as well as her upcoming projects.”

Let us see how far this pair will go. The initial lookout says it is a serious kind of relationship as Wooten is also spotted with Kathy Holmes, Katie’s mother. Bobby was Hugging Kathy at Central Park.