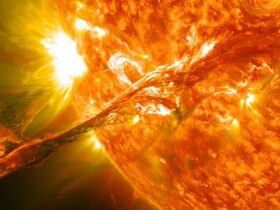 According to rumors, Kanye West wed Yeezy designer Bianca Censori on Thursday in a private ceremony. Although they haven’t submitted a marriage certificate, it doesn’t appear that the couple is legally married, according to TMZ. Still, they were seen arriving at the Waldorf Astoria in Beverly Hills on Thursday wearing their new wedding bands.

Yeezy architectural designer Bianca Censori and the rapper recently wed in a private ceremony, according to TMZ. Despite the fact that the couple does not appear to have yet received a marriage license, West was recently seen wearing a wedding ring while out and about in Beverly Hills, according to the outlet.

Early in January, when they were seen dining together at the Waldorf Astoria, the two first generated dating rumors, but it appears that they have been together even longer.

West’s latest single, “Censori Overload,” which bears a resemblance to the designer’s last name, was released in December 2022.

West and Kim Kardashian, with whom he has four kids, were married before Censori. Before their divorce was formally formalized in November 2022, the former couple had been married for seven years, during which time there had been many highs and lows.

Since then, West has been associated with a number of women, including actress Julia Fox and model Chaney Jones. West has recently been involved in several incidents, including uttering anti-Semitic slurs.

Here is all the information on West’s alleged new wife.

She is an employee of Yeezy.

Censori works as an architectural designer for West’s clothing line Yeezy, according to her LinkedIn profile. She joined the company in November 2020, which would have been how she first met West.

Prior to joining Yeezy, Censori worked in a number of other positions, including design consultant at Kelektiv and student architect at DP Toscano Architects.

The passion for fashion design is one thing that West and Censori seem to have in common. Censori founded her own jewelry firm, Nylons, while still in college. She claimed that she founded the company after “lying around with mesh, then adding crystals inside the meshing, just producing really simple thin chokers” in an interview with i-D in 2016.

She continued, “I started selling things, and it developed over time. I continued making jewellery as a passion after I started studying architecture since I still needed a creative outlet. Eventually, this hobby turned into a successful business.”

She is Australian but currently resides in Los Angeles.

Censori presently resides in Los Angeles, according to her LinkedIn profile. However, she was born and raised in Melbourne, Australia. In a profile with Vogue Australia that was published in June 2022, the designer talked about how she splits her time between the two cities.

According to Censori, “the pandemic marked the first time in a long time that a lot of Australian creatives were pulled back to one area.” “Melbourne has the vibe of a hub of international inventiveness. People started working together across specialties and in new ways that I had never seen before.”

The University of Melbourne was her place of study.

According to her LinkedIn profile, Censori studied at the University of Melbourne from 2013 to 2017 and graduated with a Bachelor of Architecture. Before relocating to Los Angeles. She returned to the university in 2019 to complete her Master’s degree.

A few days before their purported wedding, she and Kanye West fuelled dating rumors.

The two were seen dining together on January 9 at the Waldorf Astoria Beverly Hills, just a few days before TMZ announced their wedding on January 13. The couple appeared to be “very comfortable” eating their meal together, a source told the publication.

They appear to have known one another longer, though. The rapper’s song “Censori Overload,” which was published in December 2022, may have been intended as a tribute to the designer’s last name, according to fans.

She doesn’t use social media.

Censori reportedly erased her Instagram account after hearing that she was wed to West. She doesn’t seem to be active on any further social networking sites.