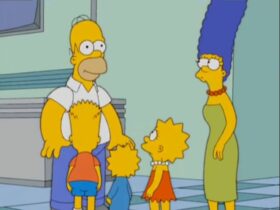 Everything about the Simpsons season 31 episode 8

As a result of Russia’s invasion of Ukraine, Games Workshop, the UK-based business behind the Warhammer goods, has stated that all sales of its items in Russia will be halted.

Following a request by Ukraine’s deputy prime minister, Mykhailo Fedorov, many gaming and technology companies have halted operations in Russia. That includes Take-Two, Activision-Blizzard, CD Projekt, Microsoft, Ubisoft, EA, Sony, and Epic Games are among them.

This is part of a bigger commercial trend, with global companies such as AMD, Nvidia, Intel, McDonald’s, Apple, Coca-Cola, Starbucks,  PepsiCo, Nike,  Ikea, H&M, and Mercedes-Benz withdrawing from doing business with Russia as a result of the Ukraine conflict.

According to a statement released by Warhammer Community, the awful events in Ukraine have left them heartbroken. Their hearts go out to everyone who has been harmed by Russia’s activities. In light of this, Games Workshop has halted all Warhammer product sales in Russia.

They didn’t make a hasty decision. They are aware that several Russian enthusiasts oppose the war,  they also added that they must, however, stand with those who are suffering, as published by the PC Gamer.

The Games Workshop Group is a miniature wargames producer situated in Nottingham, England. Warhammer Warhammer 40,000 and Age of Sigmar are two of its most well-known products.

Games Workshop began as a maker of hardwood boards for games such as backgammon, mancala, nine men’s morris, and Go, and was established in 1975 by Ian Livingstone, John Peake, and Steve Jackson. It later expanded from a bedroom mail-order firm to become an importer of the American participation game Dungeons & Dragons, and then a creator of wargames and role-playing games in its own right.

The company behind the Alien RPG, Modiphius Entertainment, has shown its support. On itch.io, several publishers have developed charity bundles, with profits going to individuals in Ukraine who are suffering. Games Workshop has now officially expressed its support by halting sales of its items in Russia, according to the written post on the Tech Raptor website.

RPG Fuga: Melodies of Steel2 DLC Pack to Be Released on  March 24