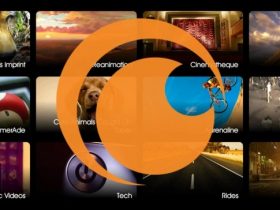 In a March 6 Facebook post, the video was captioned, “Russian President Vladimir Putin meets with South Korean President.” In only three days, the video received 2 million views, as per USA Today.

Putin is seen waiting on a veranda while a man exits a limousine and approaches him. They exchange handshakes. Kim Jong Un is plainly seen exiting the vehicle. “Vladimir Putin and Kim Jong-un meet in Vladivostok,” according to a BBC News version of the video dated April 25, 2019. The footage does not include South Korean President Moon Jae-in or President-elect Yoon Suk-yeol.

North Korean insiders said a South Korean newspaper with sources in the secretive regime, that they were concerned. A North Korean official also said that if Ukraine had preserved its Soviet nuclear weapons stockpile, it would never have been attacked.

Satellite pictures revealed increased activity at North Korea’s nuclear testing facility at Punggye-ri, revealing the country’s anxieties about its reliance on nuclear weapons. In 2017, the site was utilized for a detonation for the last time. However, it was formally closed in 2018.

Because no foreign inspectors were allowed to see the shutdown, concern emerged as to whether the facility was left in a state that might be quickly reactivated. North Korea claimed in a statement in January that it was looking into “the question of resuming all temporarily halted operations,” according to Daily Express.

North Korea had already attacked the US, rather than Russia, for the invasion of Ukraine, and was one of only four nations to vote against a UN resolution condemning the invasion on March 2.