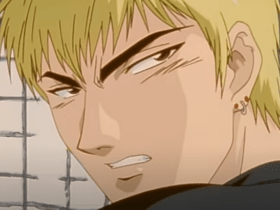 A top commander of Russia’s Federal Security Service (FSB) spy agency has been placed under house arrest amid turbulence and infighting among officials under President Vladimir Putin’s rage over the failed Ukraine invasion.

According to The Wall Street Journal, which cited a US official, Russian commander Colonel Gen. Sergei Beseda was in charge of the FSB’s Ukraine operation. The publication said “bickering had broken out” between the FSB and the Russian Ministry of Defense, which were the primary government organizations arranging the invasion.

Russia’s military operation hasn’t gone as well as it had hoped. Vladimir Putin planned to conquer the Ukrainian capital of Kyiv in two days, according to CIA Director William Burns, who testified before Congress earlier this month. Despite this, about a month after the assault began, the city continues to repel Russian forces. According to Ukraine, five Russian generals have been killed in the combat.

Vladimir Putin is alleged to be blaming the CIA for providing him with intelligence prior to the invasion that stated Russian soldiers would face only minor resistance from the Ukrainian army and that Ukrainians themselves were anxious to get rid of their rulers.

The misappropriation of funds intended for subversive and undercover operations in Ukraine, as well as purposefully incorrect information about the political situation in Ukraine, are among the reasons for the repressions.

The FSB security service allegedly provided him with information indicating that Ukraine was weak, infested with neo-Nazis, and would simply surrender if attacked.

In fact, Russian forces have been met with ferocious resistance from Ukrainian soldiers, who have brought them to a halt, inflicted huge losses, and forced Putin’s commanders to resort to ruthless siege warfare, which has delivered few gains so far.

According to Soldatov, most FSB agents are hired as legacy hires because their parents or grandparents were agents, and they are pulled from mainstream schools to be schooled in-house.

This is in contrast to western security agencies, which tend to hire from prestigious institutions or colleges to ensure they get the best of the best. Alternatively, he claimed, the agency gathered useful information but was unwilling to tell Vladimir Putin the truth, instead doctoring reports to appease him, as per The Times.