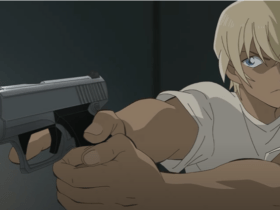 The first season of V Wars Season 2 starring The Vampire Diaries actor Ian Somerhalder came out in December, and fans are now wondering when the second season of V Wars is coming. Unfortunately, the vampire based series has been canceled by the streaming giant Netflix for the second season. The series was produced by IDW and has now been canceled as it has not gained the popularity and viewership that was expected. Another series by IDW, namely October faction, is also canceled after one season. It premiered in January this year. V Wars and October Faction has now joined the one and done dramas on Netflix like Messiah, Spinning Out, Aj and the Queen, and Daybreak, among the many other previous series.

V Wars is based on the book of the same name written by Jonathan Maberry. It is a Science-fiction and thriller drama based on Vampires. In the series, we see the story of Dr. Luther Swann, who is a physician/scientist. His best friend Michael Fayne is transformed into a blood-sucking vampire and a deadly predator. The disease spreads fast, and he must take action to take over and protect humanity from vampires. While Dr. Luther understands the virus, we see that Michael Fayne has turned into the vampires’ leader. The virus is a very ancient biological infectious agent and was released due to ice melting due to climate changes.

The show’s cast included Ian Somerhalder, Adrian Holmes, Laura Vandervoort, Kimberly Sue Murray, Sydney Meyer, Michael Greyeyes, Jacky Lai, kyle Breitkopf, Peter Outerbridge, and Kandyse McClure. Ian Somerhalder is immensely popular among the youth due to his character as Damon in The Vampire Diaries, and this made the series had high hopes for renewal. Still, unfortunately, it didn’t turn out as planned.

The first season had ten episodes, but the story didn’t strike as much as expected. The vampire genre is very selling and rewarding. We have had successful examples like Bade, From Dusk till Dawn, The Vampire Diaries, The Originals, The Strain, and Van Helsing, among many others. But the show didn’t perform as expected. From the first episode, we could see that the scientific explanations are over the top and a lot to take in, and can sometimes be melodramatic. The graphics and the visual effects were as good as expected. There were plot twists that you don’t see coming, and the war between humans and vampires is also portrayed very well.

You can watch the drama if you want a few hours of entertainment that is straightforward and disposable. The second thing to note was, we are used to seeing Ian as a vampire in The Vampire Diaries. He played Damon’s role for eight years, but in V Wars, we see him as the human leading the war against vampires. The show did end on a cliff hanger, but despite that, it didn’t get a second season. It’s unfortunate, but we can’t do anything. You can still watch the first season of V Wars on Netflix.

Read More: Mirzapur Season 3: Possibilities What do we know?