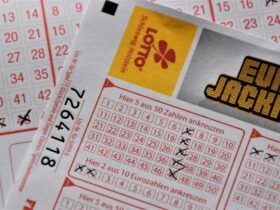 For the past 80 years, a spring and fall ritual has taken place across most of America: moving clocks one hour forward or back, often known as Daylight Saving Time or standard time.

To everyone’s surprise, the Senate unanimously passed the Daylight Saving Time bill on March 15, which would make daylight saving time permanent across the United States next year.

A bipartisan bill called the Sunshine Protection Act would make it unnecessary for Americans to change their clocks twice a year. On the other hand, the House of Representatives is taking a more deliberate approach.

Members of Congress have been interested in the possible benefits and costs of daylight saving time since it was first established as a wartime measure in 1942. The bill will now be moved to the House of Representatives, where it will be heard by the Energy and Commerce Committee.

The American Academy of Sleep Medicine’s doctors and researchers are among the most vociferous opponents of year-round daylight saving time. Sunlight, according to proponents of standard time, initiates important hormones that power a person’s day’s activities, and the sooner this process starts, the better.

Because melatonin, which is necessary for sleeping, is released after the sun sets, the earlier it occurs, the higher the chances of having a good night’s sleep. While permanent standard time would be ideal, Dr. Nathaniel F. Watson, a neurologist at the University of Washington Medicine Sleep Center and a spokesman for the sleep academy, said that changing the clock in the spring and fall would still be better to year-round Daylight Saving Time.

Nonetheless, according to a 2020 study, transitioning between standard and Daylight Saving Time is linked to a number of negative health outcomes, including higher rates of heart disease and more traffic accidents. As a result, according to NBC News, quitting the habit of changing the clocks may help lessen such risks.

So, let’s talk about the advantages. According to a 2015 Brookings Institute study, the switch to Daylight Saving Time resulted in a 7% decrease in crime. When Daylight Savings Time was prolonged until November 1, 2007, Prerau was an advisor on the decision, which resulted in an estimated $59 million in savings from robberies that were not committed.

If you include in crimes for which we have to make estimates, such as rape, the total rises to $246 million. Medical bills, prosecutions, and police expenses are all included in these estimations. The explanation is simple: in the dark, crimes are considerably more likely to occur. When the daytime hours are extended, crime, particularly outside crimes such as muggings, decreases.

Daylight Saving Time was once regarded to be a major contributor to energy savings. People might rely on the sun for light and heat instead of burning wood or lighting candles if there was more sunshine. It’s less expensive and better for the environment! Per Popular Mechanics via MSN, those statements have come under scrutiny in recent years, but here’s the thing: anyone who argues that Daylight Saving Time has no influence on energy use is lying.

It’s difficult to conduct research because Daylight Saving Time has been in effect for so long that it’s difficult to accurately measure what energy use would be like without it, and energy use varies so widely in this country based on location and economics that an overall rigorous look is practically impossible.