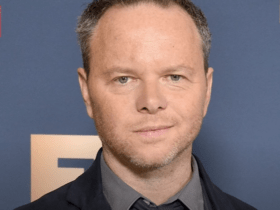 CrowdStrike CEO George Kurtz told CNBC on Thursday that he’s been speaking with executives from US banks concerned about being the target of Russian cyberattacks. Kurtz’s remarks on “Mad Money” came shortly after Russia invaded Ukraine, heightening geopolitical tensions between Russia and the West. On Thursday, the United States and Europe imposed new sanctions on Russia, targeting many of its financial institutions.

The widely condemned invasion of Ukraine has resulted in the United States imposing sanctions on Russia. On the other hand, Russia has implied that it intends to retaliate, with the country’s Foreign Affairs Ministry responding that it will take steps that are finely tuned and painful to the American side.

Cybersecurity experts such as Kurtz predict that some of Russia’s responses will include cyberattacks on American businesses and government entities. According to him, private companies own 85 percent of the infrastructure in the United States. So much of that is not necessarily up to the level of cybersecurity that we would prefer, MSN posted.

US banks invested in mature cybersecurity

When explicitly asked how US banks have handled cybersecurity, Kurtz responded positively. From a sector standpoint, the banks have done an excellent job. There is much oversight over what they do. He claims they have the funds to invest in mature cybersecurity technology, including his own company’s services.

According to CNBC, it is unclear what will happen next in terms of cyberattacks. However, according to Kurtz, the genuine concern must be about escalation. Part of the challenge in cyber is that there are no norms. Kurtz believes that many standards have been broken in conventional warfare. But there are no norms in cyberspace, so what happens with this escalation will be intriguing.