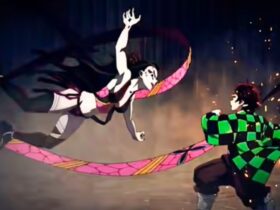 The 3D CG anime based on the manga Ultraman will see its second season air on Netflix according to its official website. The Netflix debut is set to happen on April 14th, 2022. The promotional video is out on the official website and Netflix, and people are really loving it.

To make things a little more exciting, the first episode will be screened on April 10th at the Ultraman World Premiere and Orchestra Concert. It shows how much the release means to its fans and makers alike.

The show is introducing Kotaro Higashi’s love interest as Izumi. Izumi is a journalist and we will see Maaya Sakamoto sporting the role. This entry might add a bit of romance and drama to the story. Tatsuhisa Suzuki was supposed to play Higashi in the second season but it couldn’t materialize. Instead, Tomoaki Maeno would be playing the role.

Time for a brand new Ultraman

Several years have passed and Ultraman is now a far memory. People believe that the ‘Giant of Light’ went back home after protecting Earth from enemies. However, Shin Hayata’s son Shinjiro develops super abilities. He also gets to know that his father was the Ultraman. Inspired to walk the same road as his father, Shinjiro decides to put his abilities to work. In this season, he will protect the earth from alien invaders as its new protector, The Ultraman.

The first season of Ultraman also premiered on Netflix itself in 2019. Looks like the response encouraged the makers to do it again. The series was then a big hit again when it made its debut on TV in Japan in 2020. In season 2, Aramaki, Kamiyama, Production I.G, and Sola Digital Arts are back to recreate the magic they did with season 1. While Kenji Kamiyama (of the Eden of the East) & Shinji Aramaki (of the Appleseed Alpha) directed that season, Nobuko Toda & Kazuma Jinnouchi took care of the music.

If you have not watched the first season of Ultraman yet, you should. It’s a sweet 13 episodes journey that will brace you better for the next season.

Looking to watch something romantic, check out our list of Top Romantic Animes to Watch.