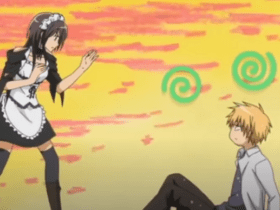 According to Ukraine’s deputy minister of digital transformation, $15 million in cryptocurrency donations is being spent on military equipment. The current situation between Ukraine and Russia is awful, and since the former is a small country, it is in financial trouble.

As a result, the Ukrainian government sent a tweet requesting that people donate to the war fund using cryptocurrency. They raised over $50 million in practically a week, with donations flowing in from all across the world, and they want to reach $100 million in the following week.

How cryptocurrency is acting for Ukraine?

The $15 million spent on military supplies included various gear, like bulletproof jackets. The deputy minister of digital transformation also stated that the equipment had already been delivered, according to Tech Story.

Donations are still trickling in, and Ukraine’s financial situation appears to be stable. According to the Ukrainian vice prime minister, they are receiving assistance from a variety of companies, with Bitcoin and Ethereum serving as the key modes of donation.

The next target is to raise $100 million in donations next week, although it’s unclear whether that would be feasible. Donations will continue to pour in, although the war’s whole narrative paints Russia in a negative light. Money is said to be the only thing holding Ukraine back at this moment.

The government began looking for military supplies and food providers from the United States and the United Kingdom shortly after the conflict began. Some of these vendors are prepared to accept crypto directly, while others get paid through converting cryptocurrency.

Per The Washington Post via MSN, cryptocurrency was expected to be a major player in the conflict, both as a means for Russia to avoid sanctions and as a means for supporters to pay the Ukrainians. However, in the days following Russia’s invasion, the Ukrainian government’s support of cryptocurrency has become increasingly overt, luring Western crypto enthusiasts looking for a chance to put their claims that blockchain technology can promote open societies to the test.

Since the government imposed a martial rule on Feb. 24, limiting Ukrainians’ ability to transfer or receive payments, cryptocurrency has been the greatest option for them to give, according to Sergey Vasylchuk, CEO of Kyiv-based crypto business Everstake.

Cryptocurrency, proponents claim, has allowed Ukraine to collect funds without the constraints imposed by government bureaucracy or centralized Silicon Valley tech platforms, and blockchain’s public digital log of transactions provides more transparency for contributors on how their money is used. Military fundraising is prohibited on platforms like GoFundMe and Patreon, which allow fans to pay creators.