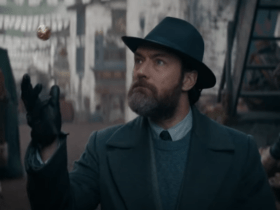 Russia’s attack on Ukraine on Wednesday indicates that the conflict will have a more significant impact on the US economy than previously thought, as it raises oil prices and inflation and exacerbates supply chain snarls.

Global supply is stressed out

The conflict has recently stirred up global markets, causing stock market turmoil, sending oil prices higher, and injecting even more uncertainty into an already off-kilter global economy. It has also raised concerns that inflation, which is already high, could become even higher.

The faith was that inflation would begin to fall soon and that the aspects driving it, such as high gas prices and supply chain issues, would eventually pass. So it now appears that the situation may be quite the reverse, MSN posted.

What we’re seeing is primarily an energy price hike and a financial market shock that follows on the heels of an already concerning inflation environment, an environment in which global supply chains are already stressed. According to Gregory Daco, chief economist at EY-Parthenon, there is already some uncertainty about the outlook.

War has the potential to reduce economic output.

According to Yahoo, keep in mind that the United States isn’t nearly as vulnerable to the conflict as Europe, which gets about 30% of its oil from Russia. Compared to about 3% for the United States, according to Tom Kloza, chief global analyst for the Oil Price Information Service. However, a war could significantly reduce economic output by undermining consumer and business confidence.