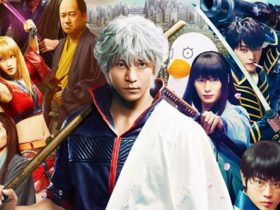 On Monday, Russia requested that Ukrainians lay down their weapons and hoist white flags in exchange for safe passage out of the besieged city of Mariupol. Hours later, Ukrainian officials said Russian forces had attacked an art school in the coastal city that was sheltering 400 people. Ukraine furiously rejected the offer.

Western governments and analysts believe the conflict will eventually devolve into a war of attrition despite the fierce fighting for control of the strategically significant city.

Ukraine rejected the demand to give up Mariupol

In response to Moscow’s offer to allow residents stranded without water, heat, or medicine to be evacuated if they surrendered, the Ukrainian city of Kyiv refused to surrender. For Russia, taking control of the strategically important city would constitute a big victory, as their advance elsewhere appears to have stalled and their campaign is pivoting to a more intense aerial bombardment of Ukrainian cities.

As reported by CBS News, according to Russian state news agency RIA Novosti, the Russian Defense Ministry has warned the authorities in Mariupol that if they side with “bandits,” they could face a military tribunal. There have been numerous unsuccessful or only partially successful attempts to allow the people of Mariupol and other Ukrainian cities to depart, with the bombardment continuing as the population attempted to flee.

About 400 civilians were taking cover at the art school when it was bombed by a Russian missile, Ukraine’s President Volodymyr Zelenskyy said in a video address early Monday. Some of the survivors are buried under the rubble, according to Zelenskyy. However, they are well aware that, like the approximately 100 other mass murderers they have already shot down, the pilot who dropped the bomb will also be shot down.

According to Ukrainian officials, eight people were killed and a commercial mall was destroyed in a new attack on Kyiv on Sunday night. Death tolls have yet to be officially tallied. According to NBC News, during this week’s European trip, President Joe Biden is expected to meet with European leaders in an effort to support Ukraine and punish Kremlin for its incursion. The White House said late Sunday that the trip would include a stop in Poland, a NATO partner that borders Ukraine.