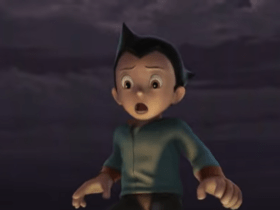 Even though TXT’s Soobin is now a college student and an idol, he shared that he only spent one year in high school. He revealed that he went through it on his own. Soobin missed out on those small but significant opportunities to make friends for the entire year.

TXT’s Soobin had been training all night and into the early morning, and he’d revealed how tired he’d been on his way to school. Soobin explained that he was so tired that he fell asleep during recess. He remembered preceding his only chance to eat to get some much-needed rest. He went on to say that he didn’t even want to eat lunch because he was always falling asleep, Koreaboo posted.

He explained that he was tired because he was a trainee as well. So it’s heartbreaking to think that Soobin did not have time to talk with his fellow students and form friendships during all of those times.

Soobin regrets dropping out of school

To pursue her dream of becoming a singer, he made the difficult decision to forgo high school to focus on his training. Even though that decision propelled him to international fame, he has one regret. When a fan asked Soobin if he wanted to return to school and study, the idol said yes to half of the questions. He doesn’t mind returning to school, but he doesn’t want to study again, keepopnews.com wrote.

TXT’s Soobin desired the experience that came with going to high school. He admits that he wants to return to school and take classes. During breaks, he can also play games with his friends. He longs for small moments when he can share food with friends. Soobin said that he wants to sit with friends at lunch and have lunch together.

Since dropping out of high school after freshman year, Soobin hasn’t had many memories that everyone talks about, and he admits how sad that feeling is. Despite missing those memories, Soobin made distinct memories as a trainee that most people would never encounter.