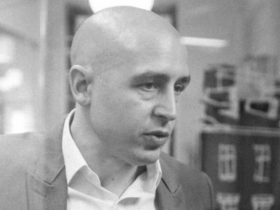 One of TWICE’s Jeongyeon’s most iconic looks is her short hair, which she has worn in various colors and styles over the years. Jeongyeon looks stunning whether her hair is short or flowing over her shoulders; she recently revealed which length she prefers.

When the magazine posed the age-old question of “short hair vs. long hair” during her ESQUIRE Korea interview, Jeongyeon admitted it was a “tough” decision.

Finally, Jeongyeon decided on the length of her lovely blonde hairstyle. Jeongyeon stated that she would wear her hair short. The decision was made for a specific reason, and it all came down to what gave her the most confidence. According to Jeongyeon, she looks better with short hair, Koreaboo posted.

While Jeongyeon’s long hair has ONCEs that make her miss it when it’s gone, her short hair has an irresistible charm. Watch Jeongyeon decide between them.

TWICE member Jeongyeon recently stated that she had been concerned about her hair due to fan reactions. Jeongyeon and Dahyun appeared on the June 5 episode of “Hello Counselor,” They were asked if they had any current life concerns they’d like to share.

Since our debut, she has had short hair and is starting to grow it out, but some fans believe that short hair is better on her,’ she said. A host pointed out that her hair is currently in the middle of being short and long, and Jeongyeon responded that she is unsure whether she should trim it again, Soompi wrote.

Jeongyeon has decided to discontinue her involvement with the group, citing “panic and psychological anxiety” as the reasons for her indefinite absence. JYP Entertainment, TWICE’s parent company, announced on August 18 in a message published to the girl group’s official fan page, which was also shared on TWICE’s official Twitter account.

According to Teen Vogue, this is Jeongyeon’s second mental health leave in less than a year. JYP announced in October 2020 that the singer would not be participating in the promotions for TWICE’s second studio album, Eyes Wide Open, due to anxiety. Her three-month hiatus ended with her reunion with her fellow members at the 30th Seoul Music Awards in January 2021.