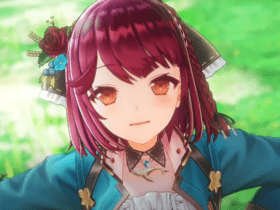 The TV anime “Kiratto Pri Chan”, which has been broadcast on TV TOKYO and others since April 2018, has entered Season 3! The pre-scene cut and synopsis of the 150th episode “Luluna Revival! New Puri ☆ Chan Luu Chu !?” has arrived.

This work is a new TV animation of “Pretty Series” following “PriPara”. It is a work with the keyword “” added.

In Season 3, “Kiratto”, where the main characters “Mirai” live, will be transformed into a VR (virtual) amusement park “Pri ☆ Chanland”. The “Princess Cup” will be held here to decide the queen of the next generation idol, and “Mirai” will aim to become the “Illuminage Queen” while raising the mascot of their group using the new item “Puritama GO”.

At the moment when the Illuminage Queen was finally decided and the parade was about to be held, the glittering Pri Chan Castle turned into a terrifying figure, and all the lights that decorate the float went out. Luluna, who had disappeared, appears there and declares that she will be reborn as a new Pri Chan. Soluru who follows such Luluna. The new Pri Chan, which was based on strict rules, said that all activities and distribution of Pri Chan idols would be managed by the mascot.

Puri ☆ Chan, that is … a dream channel that anyone can become popular!

Mirai Momoyama, Emo Moe, and Rinka Aoba, who are in the third year of junior high school living in Kira-juku, are delivering a very popular program as an idol group “Miracle Kirats”!

In order to participate in the tournament, Mirai and others will use the latest item “Puritama GO” given to the team to raise a mascot!

Join forces with your friends and mascots to get “Illuminage Coordination” in each area of ​​the amusement park!

The idol who won the tournament and became a princess in more areas will become “Illuminage Queen” and can hold the best parade at Pri Chan Castle!

The girls at Kira Inn are curious!

Who will get the title of “Illuminage Queen” …!?