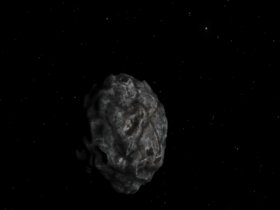 Russia’s invasion of Ukraine has become a rare exception, with its butchery on display for anyone with a video screen. However, Americans may not have fully comprehended this disturbing reality: the American president who left office only 14 months ago sided with the butcher.

“Savvy” move and “stroke of genius”

Donald Trump flooded the internet with praise for Vladimir Putin as the Russian president sent troops into Ukraine, hailing Putin for a “savvy” move and a “stroke of genius.”In an interview conducted shortly after his Truth Social app launch, the former New York real estate tycoon sided with Russian President Vladimir Putin against the Biden administration.

Intelligence experts are concerned that Putin may launch an all-out invasion after sending “peacekeeping” troops into separatist areas of eastern Ukraine. According to Trump, it may happen before it can turn toward Europe and successfully break free from Moscow’s sphere of influence, Fortune reported.

Alexander Vindman, a Ukrainian immigrant and retired US lieutenant colonel, stated that it’s incredibly troubling for the former president to jump on board and cheer for likely the world’s most belligerent authoritarian. Vindman testified in Trump’s first impeachment trial.

For years, money has lubricated relations between Russia and the celebrity real estate executive. The advancement financing Trump’s sons bragged about was the Palm Beach mansion he sold to a Russian oligarch for $95 million four years after purchasing it for $41 million, and the Manhattan project with a mob-connected Russian émigré.

President Trump attempted to reverse one of Putin’s punishments by suggesting that Russia rejoin the G7, an organization of the world’s major industrial economies. Other members, who had worked with the US to kick Russia out during Barack Obama’s presidency, refused to participate. At the request of national security officials and Congress, his administration imposed new sanctions on Russia. Trump reacted angrily.