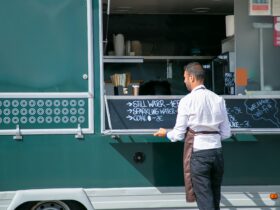 The congressional committee looked into the January 6, 2021 attack and accused Trump of the alleged conspiracy. On Wednesday, the Capitol said that former President Donald Trump may have engaged in criminal conduct in his attempt to circumvent his election loss.

The legal brief filed Wednesday stated that the Select Committee has a good-faith basis for concluding that the President and members of his campaign were involved in a criminal conspiracy to defraud the United States.

The brief asks for a court evaluation of the disputed materials, claiming evidence supporting the belief that such a review could unveil that the President and members of his Campaign committed common law fraud in their attempts to overturn the 2020 electoral results.

Representatives Bennie Thompson, D-Miss., and Liz Cheney, R-Wyo., said that the data they have collected highly suggest that Dr. Eastman’s emails may reveal that he helped Donald Trump promote a corrupt scheme.  And it obstructs the counting of electoral college ballots and a conspiracy to impede the transfer of power, MSN wrote.

No criminal charge for Trump and Eastman

Federal or state prosecutors have not criminally charged Eastman and Trump, and none of Trump’s top advisers have been billed. Besides, the House lacks the authority to file criminal charges. The emails will be reviewed by a judge overseeing the civil lawsuit, who will decide whether or not they should be protected. Finally, the House used Trump’s actions to overturn the election to make its case, claiming he was criminally attempting to prevent Congress from certifying his loss of the presidency.

They also referenced an interview with a top Trump administration adviser, Keith Kellogg, who overheard Trump trying to pressure then-Vice President Mike Pence to block Congress’ vote on the morning of January 6, 2021. Instead, the House committee focused on pressure on Pence in their filing, laying out their conspiracy theory, WPSD Local 6 posted.