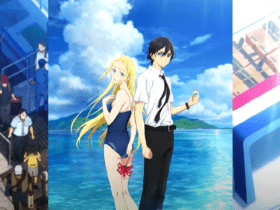 Best Anime in February 2022: Must-Watch Series You Might Not Know About

The anime-themed Toonami event will bring together musicians and fashion designers to celebrate anime and cosplay through the means of fashion and music. On Saturday, the event will be held at the live music venue Double Happiness. Performances featuring the talents of performers such as Kurt Lovely, Truesdale, and Richie Leone will be held during this event.

Toonami is an event based on anime and cosplay that was created by four musicians, Brent and Bishop Chilton, who are graphic designers and photographers respectively. It is named after the Japanese and American action animation programming block “Toonami,” according to The Lantern.

There will be a combination of original music from hip-hop, rap, alternative, and indie styles performed by the musicians, according to Chilton. They selected local sellers based on whether or not they matched Toonami’s design aesthetic: ShamyShadow, Goods by Danny Vhiengkhamkeo, TomorrowWeDie, and Fiend.

Toonami, as an anime programming block

For many years, anime has been a popular genre. Toonami, which was a part of Cartoon Network in the late 1990s and early 2000s and introduced many current Millennials to Japanese anime, was a popular choice for many of those viewers.

According to Toonami’s co-creator and Toonami co-founder Jason DeMarco, a number of original anime series are now in development; old favorites are making a comeback; and Demon Slayer’s second season isn’t coming to Cartoon Network any time soon, as reported by Comicbook.

It was also noted by DeMarco that with the confirmation that Demon Slayer was no longer a part of the programming block, Toonami may be shifting away from Shonen anime.  As per the report, anime that is currently streaming on Netflix appears to be locked down for twenty-five years, which makes it doubtful that it will ever be shown on Cartoon Network.

In addition, Toonami’s co-creator announced that more anime series will be added to the block in the near future and will be announced.