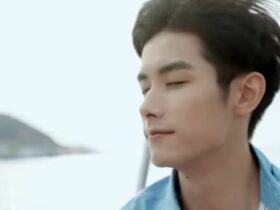 “Sic Parvis Magna,” or “Greatness from small beginnings” which is engraved in Nathan Drake’s ring shows how “great” is the video game series Uncharted. The game series echoed this concept, with three direct successors, each better than the last. But the Uncharted movie doesn’t reflect that grandeur. It’s just another bad video game adaptation, which was created by the Sony Film franchise.

The cinematic adaptation feels like the creators were allocated different components of the Uncharted formula: puzzle-solving, sneaking around, parkour, and action, according to Polygon.

Because of the fragmented storyline, it is difficult to introduce so many characters and switch between them at the same time. Although so many characters are introduced in the game, the movie adaptation lacks a real sense of danger, interesting historical twists, and adrenaline-pumping adventure.

Notably, the much-publicized cargo-plane fight from Uncharted 3: Drake’s Deception, in which Nathan free falls to his apparent death. In the games, the player hops into the plane as it takes off on the runway, but in the live-action, it’s a blockbuster kitchen-sink tactic that can’t heighten the tension with so many characters.

As per the report, the Uncharted games have never been about realistic action, but the cinematic adaptation takes the fantasy too far. As if no one thought about how cartoonish chaos would come across in a two-hour film that alternates between serious and humorous. There’s no room for a show or for the characters to grow organically.

Various fight sequences are spliced together quickly, surrounded by green screens. That’s a shame because the four main Uncharted games regularly pushed the graphics capabilities of the PlayStation 3 and PlayStation 4.

A 500-year-old lost fortune accumulated by explorer Ferdinand Magellan is sought for by treasure hunter Victor “Sully” Sullivan, who enlists the help of street-savvy Nathan Drake. Heist becomes a globe-trotting white-knuckle chase for reward before Santiago Moncada gets his hands on it. In order to uncover $5 billion in treasure, Sully and Nate must learn to work together, but only if the clues can be deciphered.