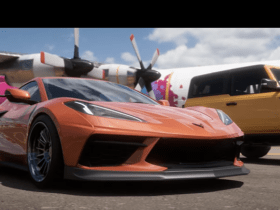 An ex-pat who lives outside of the United States is still required to submit taxes. This is indeed a tough procedure, so we’ve put together a list of nine things you should know before filing your taxes in the United States as an ex-pat.

The Foreign Earned Income Exclusion (FEIE)  enables eligible Americans residing abroad to deduct up to $108,700 of income earned outside of the United States for their 2021 tax return. You can also claim the Foreign Tax Credit (FTC) as an American ex-pat, which allows you to deduct income taxes paid to foreign countries, according to the article published by the I Am Expat site.

There are additional tax breaks for ex-pats, including the Foreign Housing Exclusion, which permits Americans living overseas to deduct housing expenditures in the United States from their taxes. For people who are familiar with US tax laws, international tax treaties can be used to exclude some income from US taxation.

You may be eligible for a tax refund if you have children. Parents who live in another country and have children with a social security number in the United States can claim up to $3,000 per kid on their tax return for the year 2021. Keep in mind, however, that the 3,000-dollar allowance is only available to individuals who have lived in the United States for more than half of the year in 2021.

If you have more than $10,000 in overseas accounts at any point throughout the year, you must file an FBAR, or Foreign Bank Account Report, which is an additional report that you must complete. You must declare all accounts, regardless of whether you have one or more overseas accounts, as long as the total balance of those accounts exceeds the 10.000-dollar limit.

Expat Taxes in the US: What Overseas Americans Should Know

Moving overseas is a thrilling chance for many Americans to experience the globe and enjoy the moment. It’s simpler than ever to pack up and move to a foreign country as long as you keep compliant with your US ex-pat taxes.

If you’re an American who makes money in another country, you must submit U.S. ex-pat taxes every year. It doesn’t matter where you live, you owe taxes to the United States if you’re a lawful citizen of the United States.

It depends on the state you resided in before migrating abroad whether you are required to pay state taxes or not. We recommend speaking with an ex-pat tax specialist if you are unclear if you have a state tax obligation in the United States.