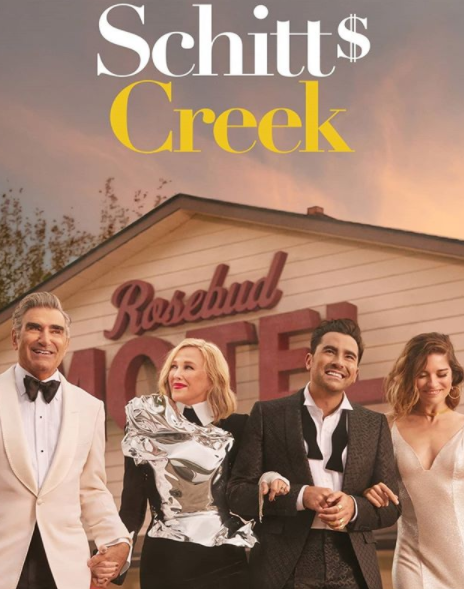 Schitt’s Creek Season 7 Expectation? Right here is our tackle this!

On Jan. 27, Hiroaki Nakanishi, chairman of the Japan Business Federation (Keidanren), held an online meeting with his counterpart, Rikio Kozu, of the Japanese Trade Union Confederation (Rengo) to talk about wages, and, at one point, Nakanishi said that “somehow” Japan’s ranking for average pay among the 37 developed countries of the Organization for Economic Co-operation and Development had dropped. On Jan. 30, Tokyo Shimbun summarized the media reaction to Nakanishi’s remark by saying that the business leader made it seem as if he thought Japan’s pay situation “was somebody else’s problem.” Japan’s lower OECD ranking — it went from #12 in 1990 to #24 in 2019 — is due to wage stagnation: While salaries in Japan have remained roughly the same over the past 30 years, pay in other countries has gone up substantially, including in South Korea, the only other Asian economy on the OECD list.

Also on Jan. 27, during a House of Councilors Budget Committee session, opposition lawmaker Michihiro Ishibashi asked Prime Minister Yoshihide Suga, whose administration has been accused of insufficient support for people left vulnerable by the COVID-19 pandemic, if he actually thinks citizens can get by on their own. After some back and forth, Suga said, in what Tokyo Shimbun described as a dispassionate tone, that people can always turn to Japan’s “welfare system.”

As the newspaper explained, the ruling Liberal Democratic Party and the business community have been undermining Japan’s lifetime employment system in order to make it easier for employers to hire and fire at will and set salaries to their liking. At the same time, efforts at both the national and local levels to cut public assistance have weakened the safety net that is supposed to catch people when they fall financially.

The effects of these policies was illustrated by the tale of a 42-year-old woman interviewed in early January by the Mainichi Shimbun at a Tokyo church where she had gone for a free meal. The woman, who graduated from a junior college, has moved from one non-regular job to another for the past 20 years, and while she has often struggled to get by, she could always afford food and shelter. But since the fall, the kinds of jobs available to her have become even scarcer, and at the time the reporter talked to her she had ¥103 to her name.

One anecdote was particularly revealing. In December, the woman went to her local government office to apply for an emergency loan for households that lost income due to the COVID-19 crisis. She thought she qualified for the loan, but the public servant who talked to her was curt and dismissive, saying they didn’t think she had lost her previous job due to the virus and that, in any case, her situation didn’t sound as bad as other people who had applied for the loan. After all, she would start a new part-time job in two weeks. Couldn’t she get by until then? The job eventually fell through.

The woman left the office empty-handed, embarrassed that she had asked for help. Tokyo Shimbun presented several stories from recent years that showed how welfare recipients were demonized or otherwise discouraged in a systematic way. Tsuyoshi Inaba, who runs an institute that helps needy people, told the newspaper that some who qualify for welfare don’t even apply because they understand that case workers may call their families. (The woman in the Mainichi Shimbun article cites this practice as the reason she has not applied for public assistance) This is one method used by welfare officials to thin out applicants. Intimidated by sensational stories in the press, people have become convinced that it is inherently humiliating to ask the government for help.

This humiliation is compounded by the fact that many of the people carrying out these blocking tactics are themselves financially vulnerable. In an interview with Magazine 9, Takashi Shiraishi, president of a nonprofit organization that addresses the working poor, talked about the increase in non-regular workers since the mid-1980s, specifically in the public sector, which receives less attention. Between 2005 and 2016, the number of civil servants who were contract or temp workers increased by at least 41%. More to the point, many of them are front-line employees, meaning the people who deal directly with the public. Shiraishi mentioned the government’s ¥100,000 handout last year to every Japan resident as a countermeasure to the COVID-19 recession. The people who handled complaints from the public over the “chaos” of the distribution of the handouts were not career civil servants but rather non-regular employees. All they could do was bow in apology, Shiraishi said.

Such workers do not have job security. Some have to sign new contracts every few months. They carry out policies formulated by their superiors, who don’t have to face the public. This could explain the experience of the woman interviewed by the Mainichi Shimbun when she was turned away at her local government office. The person she talked to may have been, like her, a non-regular worker anxious about their own employment situation.

Magazine 9 also interviewed a woman who works in a city in Hiroshima Prefecture as a consultant, handling queries from residents regarding matters that affect women. At the time of the interview she worked 30 hours a week, and had to take on two more jobs in order to get by. She also had to pay for her own training. According to Shiraishi, this situation is not unusual for essential workers, which is even more worrying during a pandemic. Among OECD industrialized countries, Japan has the lowest percentage of workers in the public sector. Shiraishi says it is the citizens who suffer when public services are poorly or insufficiently administered.

In this context, Nakanishi’s comment shows how the business community denies its own part in the perpetuation of wage stagnation, while Suga’s remark is just cynical. Perhaps it’s better to be true to their convictions and say that everyone in Japan is on their own — at the mercy of the market and other arbitrary forces of capitalism.

In a time of both misinformation and too much information, quality journalism is more crucial than ever.
By subscribing, you can help us get the story right.