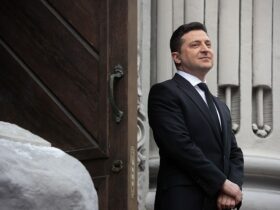 A new teaser for the upcoming Summer Time Rendering anime was released, which features the song “Hoshi ga Oyogu” by Macaroni Empitsu that serves as the show’s initial opening theme. The two-cour anime is planned to air on Japanese television on April 14 and will be available for streaming on Disney+ around the world, except mainland China.

According to Anime Trending, the manga adaptation of Summer Time Rendering by Yasuki Tanaka was published from 2017 to 2021 with thirteen tankoubon volumes. Published by Jump Comics, this manga was serialized on Shueisha’s Shonen Jump+.

The report also revealed the staff members include Ayumu Watanabe as director, Satoshi Nakano as assistant director, Hiroshi Seko as scriptwriter and composer, and Miki Matsumoto as character designer.

My Anime List revealed the synopsis of the upcoming anime. Shinpei Ajiro resided with Mio and Ushio Kofune when his parents died, but he now lives alone in Tokyo. But after Ushio drowns trying to save Shiori Kobayakawa, he goes home to mourn.

However, Ushio’s neck marks raise questions about her death. Shinpei realizes there must be another explanation. Dangerous entities prowl the islanders, and a vision of Ushio orders him to “save Mio.” He knows something is up, and Ushio’s death is only one of the pictures.

My Anime List also stated that Shinpei tries to construct a future for himself, and his friends and family with the support of Mio and other people. However, the more research he does, the more unlikely it appears that such a future will be. His home island is engulfed in a slumbering abyss. In order to rescue it all, how much more suffering would he have to endure?

Jujutsu Kaisen Announces Second Season to be Released this March