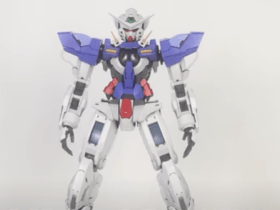 Gundam New Model Kits to Be Launched in 2022

More than 200 advocacy groups and labor unions are urging President Biden to postpone student loan repayments for the fourth time in his first 15 months in office. The 210 organizations, led by the Student Borrower Protection Center, wrote in a letter on Monday that payments should not restart until the president fulfills his commitments to borrowers to fix the broken student loan system and withdraw a substantial amount of federal student debt.

Borrowers are “ill-equipped” due to soaring inflation

Two hundred ten advocacy organizations and unions, headed by the Student Borrower Protection Center, urged Biden to extend the student-loan payment pause until May 1, when payments are scheduled to resume. They stated that borrowers were “ill-equipped” to pay off their debts as inflation kept rising. So the payment delay for the duration of the pandemic had had a massive effect, given that borrowers who preferred to pay off their loans during the pandemic did not have to cope with significant interest rates.

According to Insider, the organizations also referred to Biden’s campaign promise to revise the student-loan industry. Biden pledged to approve $10,000 in student-loan relief for every federal borrower and repair broken loan-forgiveness programs, such as Public Service Loan Forgiveness and disability discharges, both of which are still in the works.

Suspension of May 1 payment is possible

President Biden has repeatedly paused student loan payments, which were first postponed during the Trump administration in March 2020, each time they were scheduled to resume. Throughout the coronavirus pandemic, this has provided interest-free relief to approximately 45 million borrowers who owe a total of roughly $1.6 trillion, The Hill posted.

Late last week, the White House Chief of Staff Ron Klain stated that the administration might again suspend payments, which are set to resume on May 1. The president will consider what to do about student debt before the pause ends, or he will extend the break, Klain said.