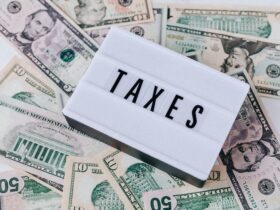 Something in the Rain is the first Korean TV series approved by Beijing’s broadcast regulator in five years, following the blockage of Korean content in mainland China following Seoul’s 2017 deployment of an American-made missile-defense system.

China to lift the ban on Korean cultural imports

The Korean romance starring Son Ye-jin and Jung Hae-in will be viewable from 8 p.m. on iQiyi, one of China’s three major over-the-top (OTT) platforms. The following Thursday, iQiyi intends to release a Chinese remake of the series in May.

The most recent development has fueled speculation that China will soon elevate its restriction on Korean cultural imports. However, Beijing has denied that the government has required anti-Korean pop culture measures. Nonetheless, Seoul has prompted China to resume bilateral cultural exchanges, scmp.com posted.

It is the first Korean drama to pass constitutional muster with the Chinese broadcasting regulatory board since Beijing tightened regulations on Korean shows, dramas, movies, and other content in 2017. It is in response to Seoul’s decision the prior year to set up a US anti-missile system known as Terminal High Altitude Area Defense (THAAD), according to KBS World.

Netizens in China are criticizing Chinese streaming platform iQiyi for airing the Korean drama “Something in the Rain.” Netizens took to China’s Twitter-like Weibo to express their displeasure with iQiyi’s decision to begin airing the show on its platform.

One user commented on iQiyi’s Weibo post that Korean dramas should remain prohibited. More than 49,000 people liked the comment. Another person suggested that it be completed as soon as possible, The Korea Herald wrote.

One of the Top 10 most popular in China

The 16-part JTBC drama series was named one of the top ten most popular pieces of content on iQiyi, one of the top three Chinese broadcasting and video sharing platforms, on Friday. A Chinese remake of “Something in the Rain” will also be available on the iQiyi platform, which was confirmed in May.

On the same day, the show debuted at No. 9 on the list of most popular shows, and as of Friday, it is ranked at No. 7, Korea Jonng Daily reported.

Despite the outpouring of negative public opinion in China about the show, some Korean industry insiders see its release as a positive shift in Beijing’s stance on Korean content.