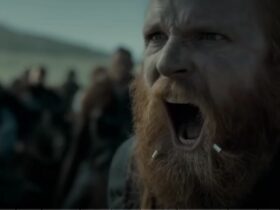 Which Are Best Foreign Netflix Shows ?

Soma Saito, a Japanese voice actor, was diagnosed with COVID-19 on Monday. According to the talent scout 81 Produce, Saito developed a fever on Weekends.

He was confirmed positive for the COVID-19 sickness the following morning. After meeting with health care specialists, Saito is presently healing at home, as reported by Anime News Network.

Tadashi Yamaguchi (Haikyu!! ), Ten Kuj (IDOLiSH7), and Hermes (Is It Wrong to Try to Pick Up Girls in a Dungeon?) are just a few of the characters Saito has voiced.

Yuno (Black Clover), Kai Ichinose (Forest of Piano), and Hinata Aoi (Ensemble Stars!) are all members of the ensemble, as reported by Ani Radio Plus news.

Saito writes on Twitter, he stated that he was confirmed to be infected with the new coronavirus. They apologize for any inconvenience and appreciate people’s concerns. They will take this seriously and will properly implement all necessary measures. They look forward to the continued guidance!

Saito was born in Yamanashi Prefecture, Japan, on April 22, 1991. With two younger sisters, he is the eldest of three siblings. In high school, he decided he wanted to be a voice actor. He had previously aspired to be a musician or a novelist.

Saito auditioned for the second 81 Produce’s Audition in  2008. After winning the male category audition, he began attending voice acting training at 81 ACTOR’S STUDIO.

He began his career as a voice actor in 2010. In a few anime and video games, he voiced minor characters.