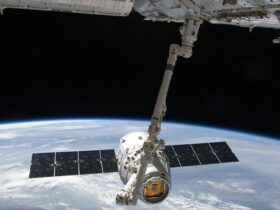 Russia Claims Sanctions May Lead to Crash of International Space Station in US, Europe

When will Seniors under Social Security receive the $1,400 stimulus payment?

The Senior Citizens League (TSCL) has been pressuring Congress for an extra $1,400 in one-time Social Security stimulus payments for seniors since the start of 2022. This is related to the current state of affairs in the United States as a result of an upsurge in COVID-19 infections after the new Omicron strain was discovered. The payment would effectively serve as a fourth check for the stimulus package.

The cost-of-living adjustment (COLA) for 2022 will be the highest in four decades, putting many seniors at a higher tax rate than they have been in the past. As a result, the higher expenditures are projected to be covered by the stimulus check, according to the news published by Marca.

Because total expenses surpass the rise with the COLA, as indicated by the fact that housing and healthcare prices climbed by 118% and 145%  correspondingly, “COLAs have raised Social Security benefits by 55% in the last 21 years, hurting seniors.” as quoted on the same source.

Thousands of seniors who have spent their retirement funds have told them that the government has forgotten about them, according to TSCL Chairman Rick Delaney. He went on to say that a $1,400.00 stimulus payment for Social Security users may be a way for them to acquire some more non-taxed money.

More than 95,000 individuals have signed a petition urging the Senior Citizens League, an advocacy group for the elderly, to provide seniors a one-time $1,400 payment, according to the post of Seniors League on their Twitter account.

According to the Bureau of Labor Statistics, consumers in the United States have paid an average of 6.2 % more for goods and services since October 2020.

In the United States, the Omicron strain is rapidly proliferating. As the potential of major economic problems looms, this has given a boost to the possibility of more stimulus checks. Nancy Pelosi hinted that future proposals might include further economic assistance.

The new COLA rise was given to seniors at the start of 2021. This implies that payments to social security will be increased by 5.9%.

The Medicare and Medicaid Services Administration (CMS) announced a 14.5% increase in the monthly Medicare Part B premium, which is deducted from a Social Security beneficiary’s check. The price only grew by 2% from 2020 to 2021, demonstrating the impact of inflation on the healthcare sector, according to the report of AS News.

The latest COLA rise is what seniors will receive at the start of 2021. This implies that payments to social security will be increased by 5.9%. Inflation, on the other hand, is already greater than this figure, placing grantees at a disadvantage. Inflation increased at the quickest rate in over 40 years for the month of December, according to data. It indicated a 7% rise from a year ago, well above the 5.9% COLA increase.