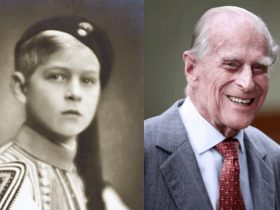 Retirees who are feeling the squeeze of rising prices should take heart. Next year’s Social Security cost-of-living changes could be much more significant. Based on the most recent Consumer Price Index data, a preliminary estimate from The Senior Citizens League, a non-partisan senior organization, finds that the 2023 cost-of-living adjustment, or COLA, could be as high as 7.6 percent.

Higher than 5.9% increase in January

In comparison, the Social Security COLA for 2022 was 5.9 percent in January, the highest increase in 40 years. According to data released Thursday, the Consumer Price Index for All Urban Consumers, also known as the CPI-U, reached a new 40-year high with a 7.9 percent increase over the previous 12 months, CNBC posted.

According to data released on Thursday by the Bureau of Labor Statistics, the latest consumer price index increased 7.9 percent yearly. Inflation increased by 0.8 percent month on month.

The Consumer Price Index for Urban Wage Earners and Clerical Workers (CPI-W) is used to calculate the following year’s COLA. The CPI-W index increased 8.6 percent in the previous 12 months through February 2022. This inflation index increased by 1% in February alone.

The annual COLA is calculated by comparing the change in the CPI-W from one year to the next, using the average of the third-quarter months of July, August, and September. The CPI-W was 2.93 percent higher last month than the average CPI-W for the third quarter of 2021, according to Fed Smith.