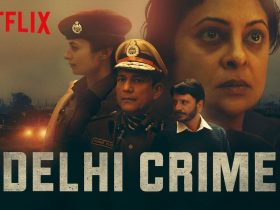 Shuna’s Journey is the narrative of Prince Shuna, who is forced to flee his village in order to preserve his nation and its people from destruction. Throughout his journey, the prince encounters individuals from different walks of life, including two slaves, and must negotiate the requirements of both his people and his new companions.

After almost 40 years since its initial Japanese debut, renowned anime filmmaker Hayao Miyazaki’s Shuna’s Journey manga is getting an English translation and distribution in the United States for the first time.

Shuna’s Journey was first published in 1983, thus it’s been over four decades since it’s been available in the United States. However, any Miyazaki lover will tell you that the wait will be well worth it.

The series of books will be published by First Second Books, translated by Alex Dudok de Wit. De Wit said on Twitter that he will translate Shuna’s Journey. It is a Tibetan folk tale with a mystical pseudo-Central Asian ambiance reminiscent of Nausicaä’s Universe, a 1983 book series. In June 1983, Miyazaki debuted the manga in Tokuma Shoten’s Animage magazine, as stated on the post of the Anime News Network site.

Miyazaki has directed some of the best-animated films of all time throughout the years, but his work isn’t restricted to the screen. The artist has a large body of work in print, and now, after more than three decades, his very first manga is being translated into English. It’s the first time Miyazaki’s debut manga will be made accessible in any official way in America.

Mark Siegel, the translation’s creative and editing director, believes that this manga will assist fans inquisitive about Miyazaki’s narrative progress to fill in the gaps. Millions of fans of Princess Mononoke and Nausicaa of the Valley of the Wind will rejoice in discovering early clues of these masterworks in stunning watercolor pages by Miyazaki’s hand, based on the posted news of the Comicbook site.

Final Fantasy XIV: Square Enix Proclaimed Its Support For The Game Until The Next Decade