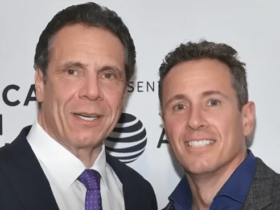 Retirees throughout the country will receive a more extensive Social Security check this month, which will be the largest in decades. These larger payments will be issued throughout the year due to a 5.9% cost of living adjustment. While a 5.9% COLA may appear to be cause for celebration, the reality is that it is already letting seniors down.

Unfortunately, the substantial increase in 2022 will not be enough to compensate for decades of insufficient COLAs. At the same time, a 5.9% benefit increase may appear generous to retirees who have never seen anything like it. Mary Johnson, a Social Security and Medicare policy analyst for The Senior Citizens League, believes that even this significant benefit increase may not be enough to keep up with the actual price increases seniors may see next year.

In October of last year, it was reported that seniors would receive a 5.9% COLA in 2022. Many elders, no doubt, breathed a sigh of relief after hearing the news. According to the Senior Citizens League, seniors have been subjected to COLAs that are too low for decades, resulting in a terrible loss of purchasing power, as reported by USA Today.

Expenses Cost Higher than They Received

While benefits have increased by 55 percent in the last 21 years, housing expenses have increased by about 118 percent, and healthcare expenditures have increased by 145 percent. Retirees typically spend a disproportionately large portion of their income on these two significant expenses, neither of which is adequately accounted for when Cost of Living Adjustments are determined.

The third-quarter data from the Consumer Price Index, which tracks changes in the cost of consumer items, is used to compute Social Security increases. However, inflation has continued to rise since then. The Consumer Price Index increased by 7% on an annual basis in December, the most significant increase since 1982, the Motley Fool posted.

If you owe money from the stimulus program in 2021, you should file your taxes.

Americans are still receiving collection notices after filing tax returns with the IRS due to a massive backlog.