Ryman’s Club is an upcoming Japanese anime TV series by Liden TV and TV Asahi. Sports anime lovers are in for a good surprise. According to its official website, the sports anime Ryman’s club is adding five new cast members. The anime revolves around the game of badminton and the friendships & rivalries it leads to. All the 5 new additions will swell up the ranks of Sunlight Beverage’s competitor Unisics. 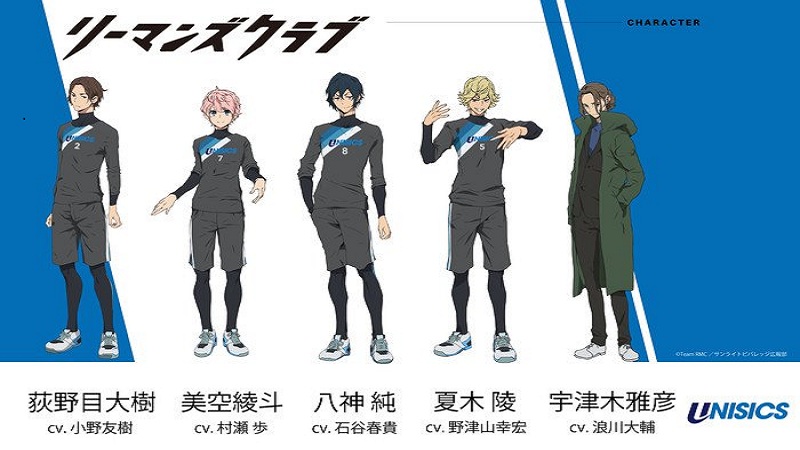 All the new players look formidable. The new cast includes (from left to right) –

The team behind the scenes

Junya Enoki is playing the character of Mikoto Shiratori. Liden Films is animating the series with Aimi Yamauchi as its director. Suzuhito Yasuda is providing the original character designs with Majiro adapting them for the anime. The show has been written by the duo of Yamauchi and Teruko Utsumi. Fox Capture is responsible for the music part.

The hopes are already high with such an impressive team working behind the scenes on this show. It will premiere on January 22 on TV Asahi, with BS Asahi premiere set for January 28.

Are you excited? Because we really are!!!