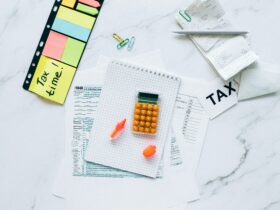 The Kinzhal air-launched version of the ground-based, nuclear-capable Iskander ballistic missile is not the first Russian aircraft to be armed with the supersonic Blackjack. It is intriguing for a variety of reasons that the Tu-160 could be armed with Kinzhals. Kh-55 subsonic cruise missiles, which have a 1,600-mile range, and the newer Kh-102, which has an estimated range of almost 3,000 miles, are already in the bomber’s arsenal.

Russian news agency TASS said that Tu-160 aircraft are being considered for the deployment of Kinzhal missiles. This option is expected to be completed by the end of the year.

According to The National Interest, it is being considered by the Russian military whether or not the Kh-47M2 Kinzhal, a nuclear-capable missile with an estimated range of 1,200 miles and a top speed of Mach 10, can be fitted to the Tu-160, commonly known as Blackjack. This would greatly expand Blackjack’s potential target.

Russia’s supersonic Blackjack might be armed with the Kinzhal, an air-launched variant of the ground-based Iskander ballistic missile capable of carrying nuclear warheads. This Cold War-era fighter jet, called “Foxhound” by NATO, is a direct descendant of the Russian MiG-25 “Foxbat.”

The Kinzhal ballistic missile appears to have shorter legs but substantially better speed. That matters to Russia, which has been building hypersonic missiles in fear of being shot down by US anti-missile defenses. The Kinzhal is an anti-ship missile that can breach missile defenses and attack crucial theater-level structures like command centers.

Having a long-range bomber that can carry both slow cruise missiles and quick ballistic missiles will make it more difficult for Western missile defenses to prepare for multiple threats at the same time.

As part of Operation Frantic’s 50th anniversary festivities, the United States Air Force deployed a big delegation to Ukraine’s Poltava AB on September 23-25, 1994, where the Tu-160 and B-1B came face to face for the first time. Both bomber crews had a chance to study each other’s aircraft and form their own opinions.

According to The Aviation Geek Club, Tu-160, Soviet Strike Force Spearhead by Yefim Gordon and Dmitriy Komissarov explains that the Blackjack has an advantage in offensive capability because its main weapon, the Kh-55SM cruise missile, is well mastered by both the industry and bomber crews, as well as the Kh-555 and Kh-101/Kh-102 cruise missiles.

Due to economic constraints, the United States was unable to modify the B-1B to accept the AGM-86B, which would have necessitated extensive changes to both the bomb bays and the avionics suite.

It also stated that the Tu-160 was designed to be a conventional fighter, hence the presence of the OPB-15T electro-optical bombsight in the targeting suite; nevertheless, it never deployed free-fall bombs. Carrying weapons is also different. The Tu-160 has two larger weapons bays than the B-1B.

The Lancer may also carry missiles on six external hardpoints under the front, center, and rear fuselage, but the Blackjack has no external hardpoints. This reduces RCS and drag, boosting range and allowing the Tu-160 to fly farther.