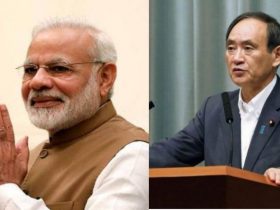 Alex Konanykhin, a Russian tycoon, denied the alleged viral post where he offered a $1 Million bounty on the country’s president Vladimir Putin after he invaded Ukraine.

Several news reports claimed that Konanykhin posted on his social media account offering $1 Million to those who will kill the Russian President. On the alleged posts, there was Putin’s image with the caption, “Wanted: Dead or Alive. Vladimir Putin for mass murder.”

As stated on his Linkedin account, Konanykhin denied the “promise to pay the assassination” of Putin.

“Some reports suggest that I promised to pay for the assassination of Putin. It is NOT correct. While such an outcome would be cheered by millions of people around the world, I believe that Putin must be brought to justice,” Konanykhin stated on his account.

However, according to The Jerusalem Post, Konanykhin has a bad history with the Russian government.

When Konanykhin and his wife moved to the United States in 1996, federal immigration officers detained them for allegedly breaking the terms of their visas. Allegations that Moscow’s Russian Exchange Bank had been defrauded of $8 million triggered the investigation. An ex-KGB agent testified that he doubted the charges against Konanykhin, and FBI agents testified that the Russian mafia had a contract on his life, among other things.

Russian authorities said his account was fabricated to smear his former employees. He was subsequently released from detention and granted political asylum. However, the Board of Immigration Appeals revoked his political asylum and ordered his deportation. Konanykhin and his wife were caught trying to flee to Canada.

Alex Konanykhin was a student at the Moscow Institute of Physics and Technology before he dropped out and started a student-construction cooperative.

According to Marca, aside from banking and stocks, he also engaged in real estate and banking. His firms were valued at $300 million in 1992 when he had a commercial empire. Then-Russian President Boris Yeltsin even included him in his first delegation to the United States that year. Konanykhin is the founder of TransparentBusiness and a member of the Unicorn Hunters network.

Nvidia Allegedly Hacks Back Their Hackers; LAPSUS$ Claims to Have Copies