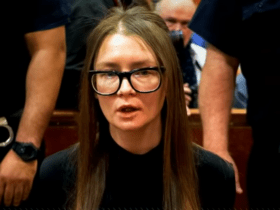 Calls for a boycott of McDonald’s, Coca-Cola, and PepsiCo have grown as the companies have yet to join the ranks of other major global corporations in withdrawing their operations from Russia. While many companies have spoken out, several foods and beverage companies have remained silent and refused to cut ties with Russia.

Big companies refuse to pull out in Russia

Not all Western corporations are departing Russia. However, firms such as PepsiCo, McDonald’s, and Uniqlo refuse to support Western firms’ exodus from Russia, risk investors, and political backlash. Fast Retailing, the parent company of Uniqlo, will retain its stores open in Russia, joining a small group of international companies that are sitting tight even though dozens of big brands have temporarily shuttered operations or left the country due to Russia’s incursion of Ukraine.

McDonald’s Corp. and PepsiCo Inc. were among the companies that remained active in Russia, prompting New York state’s pension fund – a shareholder in both – to urge them and others to consider suspending operations there. At the same time, customers can still get a Big Mac. Or a cup of Starbucks coffee. Alternatively, KFC’s chicken and Papa John’s pizza, in Moscow. Companies that do remain are likely to face increasing pressure to reconsider, Global News posted.

A loud call to boycott the companies

Calls for a boycott of McDonald’s, Coca-Cola, and PepsiCo have grown as the companies have yet to follow the lead of other major global corporations in withdrawing their operations from Russia. Over the weekend, the hashtags #BoycottMcDonalds and #BoycottCocaCola trended on Twitter as protests against the companies grew in response to the companies’ continued business in Russia. According to reports, people are calling for a boycott because these companies continue to do business in Russia, which has launched an unprovoked invasion of Ukraine.