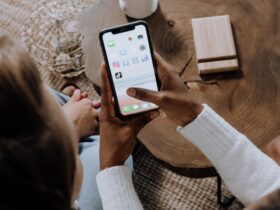 Russian state-run news agencies had to hustle after accidentally publishing a story declaring Ukraine’s defeat. The article was quickly withdrawn, but not before it was discovered and translated by a large number of social media users.

The tale is untrue, and it was most likely written with the goal of being published before it was mistakenly leaked. The invasion of Ukraine by Russia is currently ongoing. Although  Russian and Ukrainian officials began peace talks on Monday, the efforts and armed confrontation continue, as Western nations maintain economic and diplomatic sanctions against Russia, as per Newsweek.

With new British anti-tank missiles arriving almost daily, Ukraine’s President Volodymyr Zelenskyy provided Boris Johnson with a list of weapons measures to fight Putin’s military. According to the PM, the latest batch of weapons will be transported out to Poland and pushed into Ukraine in “hours and days.”

Today, Prime Minister Boris Johnson will go to Poland and Estonia to meet with British troops stationed on NATO’s eastern flank. He said last night that these are the two countries most affected by Ukraine’s current situation. As the humanitarian crisis deepens, it is more important than ever to protect our shared beliefs. We speak with one voice when we say, “Putin must fail,” according to The Sun..

According to Western officials, Putin’s stuttering Russian onslaught has now deployed half of the troops he stockpiled on Ukraine’s border since October. They are fearful, though, that if the Kremlin dictator becomes frustrated with the invasion’s slow progress, he may turn to more “indiscriminate” shelling and bombing.