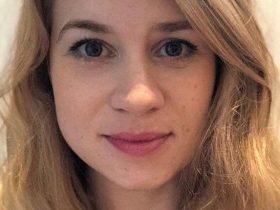 Russia has admitted that its invasion of Ukraine cost them 10,000 soldiers. The previously undisclosed figure, which indicates the whole cost of Vladimir Putin’s disastrous invasion, was revealed by a pro-Kremlin tabloid.

Russia keeps the death toll of soldiers a secret

The Russian tyrant expected a speedy victory when he approved the invasion, but his troops have run against staunch Ukrainian resistance and may collapse soon. Russia has kept the exact death toll a secret, only admitting to 498 people on March 2.

However, according to the Russian military ministry, 9,861 Russian soldiers died and 16,153 were injured in Ukraine, according to Komsomolskaya Pravda. According to The Sun, Ukraine claims to have killed around 15,000 Russians and destroyed a considerable amount of equipment.

Sources said the latest Russian data are greater than the 7,000 people estimated to have died and up to 21,000 people injured by the US military. To hide the true death toll, Russia is secretly transporting the bodies of deceased Russian soldiers home via Belarus on trains and ambulances at night.

Five Russian generals are among the dead, as are other high commanders, including those from elite paratrooper groups. The deputy commander of Russia’s Black Sea Fleet has died, inflicting another blow on Vladimir Putin’s military.

Putin is accused of kidnapping and deporting 2,500 Ukrainian children from Donetsk and Luhansk in images reminiscent of “Nazi” transports to Russia. Ukraine’s Foreign Ministry accused Russia of kidnapping children through forced transfer, stressing that the alleged deportations would be a grave infringement of international humanitarian law.

It comes only hours after Ukraine’s intelligence service accused Moscow of deporting Ukrainians to filtration centers before forcibly transferring them to remote Siberian communities after snatching their phones and documents, according to the Daily Mail.

The Ukrainian foreign ministry encouraged the international community to intervene in the illegal transfer of children, stressing that depriving children of parental care puts their lives in jeopardy in Russia and that those who perpetrate such crimes would be prosecuted.