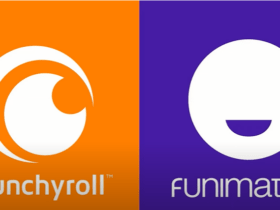 JW Anderson, a British fashion brand, has released a line of bags inspired by the South Korean anime series “Run Hany.” For the brand’s new season collection, at least three colors appear to have been used: blue, orange, and white.

In an interview with JW Anderson, they stated that there is not much time left until the fall and winter shows in 2022, which suggests that they will be released as fall and winter collections this season, according to K-Odyssey.

According to Run Hani, As her father works as an architect in the Middle East, Hani’s father’s new partner Ji-Ae sells her childhood home, claiming it is too huge for her to live alone, and invites her to live together. After her mother’s death, Hani, an outspoken girl who despises Ji-Ae, moves out of her parent’s house and into a rundown one-bedroom flat on the roof of a residential building.

At the end of the series, the plot becomes more around Hani and Ji-Ae’s connection, which is melodramatically connected with female characters. The first half of the series focuses on Hani’s rise as a sprinter.

As stated on its website, its distinctive design aesthetic combines male and womenswear components to create thought-provoking shapes. JW Anderson launched a women’s capsule collection in 2010 to capitalize on the label’s cult fanbase.