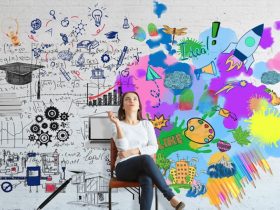 Why is Creativity So Important? Why it works as a Crafting that helps to Find Our True intention

The sudden spike in the covid-19 cases in New York forced the producers of the Radio Show to cancel the upcoming projects. The Radio Show is one of the most popular shows in NYC. The closure deprived the audiences of The Christmas Spectacular show that was underway. The radio show has hosted hundreds of thousands of audiences in the last couple of months.

The Hill reports that the producers had to take a tough decision on Friday after ‘breakthrough COVID-19 cases in the production’. The fans were disappointed when they knew about the show’s cancellation just before the scheduled start.

The radio show had a long schedule of shows through to January 2. The producers are likely to suffer significant capital losses as they sell out all the tickets. The audience received the refund after the cancellation of the show. The Hill reports that the production had mandated complete vaccination for its employees. However, the employees and audience didn’t have to wear masks during the show. The production unit needs to rethink the precautionary measures when they reopen after the cases decrease.

There is an increase in the number of covid infection cases in New York; this is a cause of concern for the public and the government. On Thursday, the authorities distributed around a million KN95 masks and 500,000 home tests. The citizens of the US are experiencing the spread of the Omicron variant of the virus. The new variant is deadly compared to previous variants of the virus. The increase in Covid cases might impact the Christmas celebrations for the residents. The city officials and the residents need to be wary of the new variant’s threat and take efficient preventive measures to minimize the contamination of the virus.

The residents might witness worse scenarios in the future when the omicron cases peak in the US. The researchers and health professionals are working on manufacturing efficient vaccines that can counter the evolved genetic structure of the Omicron variant. The variant renders the vaccines ineffective and also evades the immune of humans.