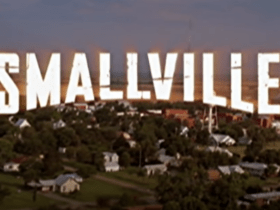 A new manga by Rie Aruga titled Kōjō Yakei (The Skyline From the Factory) was revealed in Kodansha’s 12th issue of Morning magazine on Thursday. Under the tagline “Summer at 17,” the magazine teases the manga.

‘The Skyline From the Factory’

According to Anime News Network, The Skyline From the Factory, which is also called “social awareness,” revolves around the love between childhood friends who have a bond that exceeds the words, “I like you” and persists even when the world is unfair to them.

Beginning in February 2015 with the publication of Kiss magazine, Aruga brought the Perfect World manga to a close in January 2021. 12 collected book volumes of the manga were published by Kodansha.

It was nominated for the 43rd annual Manga Awards, which were held in April 2019 by Kodansha. English-language editions of the manga will be published by Kodansha Comics both digitally and printed.

Rie Aruga is a Japanese manga writer and illustrator of the manga series Perfect World. From February 2014 to January 2021, it has been serialized in Kodansha’s Josei magazine Kiss, published by Kodansha.

The series was turned into a live-action film and a television drama, which were released in 2018 and 2019, respectively. The series has also received positive reviews from critics, and it was named the winner of the Kodansha Manga Award in the shōjo category for 2019.

Tsugumi Kawana, a 26-year-old interior designer, reunites with Itsuki Ayukawa, her first crush from high school, at a get-together hosted by the architecture firm where she works and the interior design company where she works. He makes her heart skip a beat until she finds that he is now crippled and confined to a wheelchair. At first, she believes she will never be able to date a man who uses a wheelchair, but as time passes, her perspective begins to shift.

Attack on Titan Exhibit to Feature 150 Artworks From Important Scenes