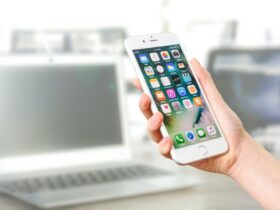 After a rocky start last year, the Mississippi program that distributes federal rental assistance funds has considerably raised the amount of money it pays out to landlords and tenants.

A December 2020 COVID-19 stimulus bill provided Mississippi with $186 million in rental assistance payments. According to the Mississippi Home Corporation, as of January 31, the state has committed $110.3 million to landlords and renters in need.

The Rental Assistance for Mississippians Program (RAMP) is administered by the Mississippi Home Corporation, and it pays rent and utilities to tenants who have been affected by COVID-19 and whose total household income is less than 80% of their county’s median income.

Last summer, Home Corporation CEO Scott Spivey compared the influx of cash to “drinking from a firehose,” yet eight months later, the US Census Bureau reports that fewer Mississippians are facing eviction or foreclosure. Proponents and the Census Bureau both say that the program has considerably improved, as per Mississippi Today.

Meanwhile, the Tennessee Department of Military said that residents who received FEMA rental assistance during the December storms and are still unable to return to their storm-damaged houses are entitled to extra help.

Those who want continuous assistance must demonstrate their storm-related financial need as well as a long-term housing plan. According to Yahoo, the following is a list of documents that applicants must provide to FEMA:

You can fill out the application online or contact the FEMA Helpline at 800-621-3362. During storms that moved over Middle Tennessee on December 11 and 12, 16 tornadoes were reported, including three EF-2s, according to the National Weather Service.