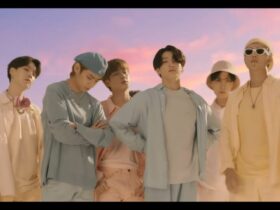 Are you ready for the best of K-Pop group ?

Nick and Megan met while performing together in a play in Los Angeles.

The romance between Nick Offerman and Megan Mullally is a comedic match made in heaven. The couple and the characters they played on classic NBC comedies had successful runs. This couple consequently appears to complement one another nicely on a personal and professional level.

The comedic pair has incredible chemistry due to their extensive on-screen and off-screen acting experience. In truth, The Greatest Love Story Ever Told: An Oral History, published in 2018, is a book they co-authored. Is there any greater way to experience love?

Here is all the information on Nick Offerman and Megan Mullally’s relationship you’ve longed to know.

Do Nick Offerman and Megan Mullally still together?

Megan Mullally and Nick Offerman are still happily married as of this writing. One of the first husband and wife pairs to co-host an awards presentation; the couple even co-hosted the 37th Film Independent Spirit Awards in 2022.

How did Nick Offerman and Megan Mullally meet?

In 2000, Nick Offerman and Megan Mullally became friends while performing in a play together—specifically, an Evidence Room Theatre Company performance of The Berlin Circle. Nevertheless, Mullally did not fall in love with Offerman at first sight, stating that the actor’s appearance was “not cute… There was a lot of hair on the back. We can assume her evaluation is correct, given that he was supposedly wearing gold overalls that served as a notepad because “he couldn’t buy paper.”

Mullally remarked, “It wasn’t my first coyote.” Just 18 months after they first met, the pair were married.

When Megan Mullally and Nick Offerman first met, she was 41, and they were both co-starring in a play in 2000. Offerman was 29 years old, which Mullally wasn’t aware of.

She told GQ, “I was 41 years old when we first met, and younger men were over-pursuing me. I then met Nick, and I immediately thought, “Oh, wonderful, since this guy’s about 38!” Mullally assumed Offerman was older than he was, partly because of the mustache and bald head he was sporting for the play they were working on.

The Emmy winner said she was “furious” when she learned they were 11 years apart. “He seemed ancient to me! He was also mature, so when I learned his age, I yelled, “You motherf**ker,” and I nearly ran my car off the road.

Despite their disparate ages, the couple clicked and was married 18 months after meeting.

When was Nick Offerman’s wedding?

Eighteen months after meeting, Megan Mullally and Nick Offerman held a surprise marriage in September 2003. The 20 guests thought they were only attending a pre-Emmys party because it was held the day before that year’s Emmys. Mullally reused her wedding attire, which included a white bustier and white pants, for the Emmy Awards the following day.

Did Nick Offerman and Megan Mullally first meet on the set of Will & Grace?

Even though Offerman has made numerous cameos on Mullally’s popular NBC show Will & Grace, the two actors did not initially cross paths there. Offerman and Mullally first got to know one another in 2000 while they were both leading roles in a production of The Berlin Circle by the Evidence Room Theatre Company.

Has Nick Offerman ever appeared on Will & Grace?

On Offerman’s popular NBC sitcom Parks and Recreation, Mullally has made several appearances as the ex-wife of the character played by her real-life husband. One of the best series plotlines is the ongoing joke about how rocky their characters’ relationship is; throughout the program, there were numerous “Ron and Tammy” episodes.