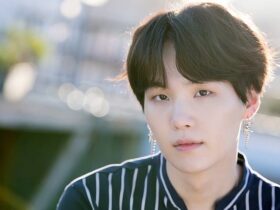 Celebrate Kpop Idols’ Birthday This March! A Complete List Including Their Age

According to a top US diplomat, the invasion of Ukraine was Russian President Vladimir Putin’s “all along” plan, who canceled a meeting with his Russian counterpart. On Tuesday, US Secretary of State Antony Blinken told reporters that Putin’s strategy has always been to invade Ukraine, control it and its people, and destroy Ukraine’s democratic values.

The diplomatic meeting was canceled

Blinken announced that he would meet with Russian Foreign Minister Sergey Lavrov to discuss diplomatic solutions. Blinken made it clear that such a meeting would not take place if Russia invaded Ukraine. He announced on Tuesday that his meeting with Lavrov on February 24 had been canceled.

Now that the invasion is underway and Russia has made it clear that it is unwilling to engage in diplomacy, it does not make sense to proceed with the meeting, according to Blinken. The United States and its allies remain open to a diplomatic solution, averting an all-out assault on Ukraine if Russia chooses to de-escalate, Politico reported.

Russian President Vladimir Putin said on Wednesday that Moscow was willing to seek “diplomatic solutions” amid escalating tensions with the West over Ukraine but that the country’s interests were non-negotiable, Barron’s posted.

Russia is always open to direct and honest dialogue and pursuing diplomatic solutions to the most complex problems, Putin said in a video address commemorating Defender of the Fatherland Day, a Russian public holiday. However, he added that Russia’s interests and the security of its citizens are non-negotiable for us.

He praised the Russian army’s battle readiness and stated that the country would continue to develop cutting-edge weapons. For weeks, Western officials have warned that Russian President Vladimir Putin is planning an all-out invasion of Ukraine.

On Tuesday, US President Joe Biden announced new sanctions against Russia for “starting” an invasion of Ukraine, but he added that there was still time to avoid war.