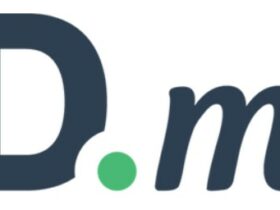 As indicated by their body language in engagement photos, Prince Charles and Princess Diana’s marriage was doomed from the start.

According to behavioral expert Darren Stanton, when Prince Charles could be seen formally placing his hand on Princess Diana’s shoulder in their engagement photos, there appeared to be a lack of connection.

On February 24, 1981, the news that Prince Charles was engaged to Princess Diana Spencer made the entire world ecstatic. When asked if they were in love, Charles allegedly said, “whatever in love means.” Nobody could have imagined that the marriage would end in 1996 with such a catastrophic divorce.

Darren stated Diana was already displaying indications of being scared by the public spotlight, although this was only the beginning of the severe scrutiny of their relationship.

In 1981, Prince Charles and Princess Diana stood in front of the international press on the grounds of Buckingham Palace to announce their engagement. Princess Diana wore a gorgeous blue outfit that complimented her new sapphire engagement ring on her ring finger. While the couple smiled for the cameras, Princess Diana’s body language in these images suggests she had some “doubts” about the impending marriage, as per Daily Express.

Prince Charles is currently living with Duchess of Cornwall Camila Parker Bowles. On February 5, Queen Elizabeth II revealed that when Prince Charles takes the throne, she wants Camilla to be recognized as “Queen Consort.”

Camilla said her future role as Queen Consort is a “wonderful honor” and would allow her to focus more on vital issues, such as her campaign to prevent violence against women, in an interview with the BBC’s Emma Barnett.

Camilla also addressed her future title during a visit to the Nourish Hub community kitchen in London earlier this month, saying she was “very, very flattered and quite touched” by the Queen’s remarks, The Insider reported.