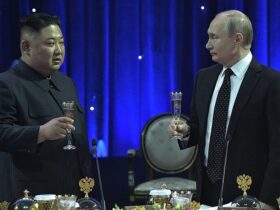 Even as cases of the highly virulent omicron strain of COVID-19 increased, President Biden praised job growth in the United States, which surpassed estimates by adding 467,000 new jobs on Friday. The president praised the American people’s fantastic resilience and grit.

America is back to work

According to Yahoo Finance, the Labor Department reported that employers in the United States gained 467,000 jobs in November and December, which also revised its employment growth projection for November and December by 709,000. As a result, the unemployment rate increased slightly from 3.9 percent to 4%, still historically low. Even as the pandemic continues to cripple the economy, the surprising hiring gains demonstrated American firms’ desire to hire personnel.

In a speech from the White House, Biden remarked that America has taken all the pandemic has thrown at them and has come back stronger. America’s job machine is running at full speed, generating a solid recovery and providing opportunities for hardworking men and women around the country. The United States of America is back to work.

The unemployment rate, based on a separate poll, increased by a smidgeon to 4%. However, the gain is primarily attributable to the labor force participation rate rising to 62.2 percent, the highest since the pandemic began in February 2020. According to officials, the surprising boost comes after the Biden administration spent the week preparing for an unflattering report that might show the economy lost jobs last month, Fox Business reported.

The report released this morning concludes my first year as president, during which time our economy added 6.6 million jobs. He stated that there are 6.6 million jobs available. Unfortunately, people can’t recall another year in our nation when so many people went to work, and there’s a reason for it. The president stated that he is “proud” of his administration’s contribution to the economic recovery in the wake of the COVID-19 outbreak.