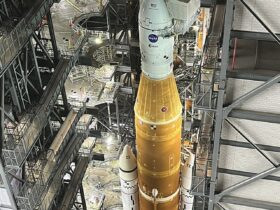 Pokémon-related content will be leaving Netflix in the US in April 2022, despite the fact that the streaming service has been a major hub for the franchise in recent years. Here’s a list of the Pokémon films and series that will be retiring and those that will be continuing on.

Here are the lists of Pokémon shows to be removed from Netflix, as reported by What’s on Netflix.

The show was released on Jan. 1, 2019, when the obstinate Pikachu, Ash receives as a birthday present from his mother leads him on a quest to find the legendary Pokémon Ho-Oh.

The film was released on Netflix on January 1st, 2020, where  Ash and Pikachu travel to Fula City in order to attend the Wind Festival, the calamity threatens. They must team together with a motley crew of misfits in order to rescue the day!

These shows were added on Netflix between 2018 and 2020, according to the report. Basically, Ash and his Pikachu travel to the Alola area with his mother and enroll in the Pokémon school, where they come up against the sinister Team Skull, which is a villainous organization.

One of the most fractured IPs in the United States, the animated series continues. Netflix is the only place to watch the most recent seasons of shows and movies; however, previous seasons are dispersed or not available on any streaming service.

According to Screen Rant, one of the most popular Pokèmon games is getting a new animated web series. Pikachu and friends are still going strong nearly three decades after their debut, dominating the market with a bevy of video games, animated adventures, and, of course, limitless merchandise.

Aside from the gameplay, one of the most intriguing parts of Pokèmon Legends: Arceus was its setting, the Hisui area, a feudal replica of the franchise’s famed Sinnoh region.