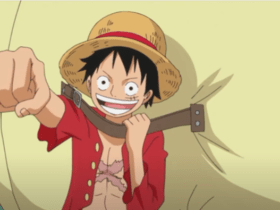 The 25th anniversary of the Pokémon anime series will be commemorated with a one-hour special. On April 1, at 6:55 p.m. the special will air on Tokyo Television and its affiliates, they’re also doing a unique gift campaign within the show to show their appreciation for the viewers. The Special Series will have a tow part. The following is a summary of the VS Four Tenno 1 Hour Battle Special, which aired on April 1st.

Eureka or Bonnie and Citron or Clemont, who appeared in the Pokémon XY & Z and Pokémon XY series, will star in the special series, as published by the Anime News Network.

Citron and Satoshi! Specialized training in friendship, Kalos, will host the next Pokemon World Championships match. Before the contest, Satoshi and Go pay a visit to Jim Leader Citron and his sister Eureka, who used to accompany Satoshi on his travels.

Satoshi provides unique training for Citron and Pokemon Battles, but something is wrong with Negiganite, and Wonoragon seems to be captivated by it.

Dracaena, the 12th rank in the superclass, is the opponent of the Pokemon World Championships at first glance, Dracaena appears to be a sweetheart, but her combat abilities are mind-blowing, according to the published news of the Japan News.

Mrs.Mariya Ise is connected with Across Entertainment and was born on September 25, 1988, in Kanagawa Prefecture. She is most known for her role as Urara Kasugano/Cure Lemonade in the anime Yes! PreCure 5 and two sequels to PreCure 5. in Hunter Hunter, Killua Zoldyck, and she will be playing Eureka in pokemon special.

Mariya Ise expressed her delight at meeting Rika Matsumoto, who portrayed Satoshi, as well as the personnel that looked after her during the “Pokemon XY” TV anime series, but above all, she was thrilled to be able to reprise her role as Eureka.

Yuki Kaji, a Japanese actor, voice actor, and singer signed to the VIMS agency, was born on September 3, 1985. He was a member of the Goulart Knights’ four-unit singing ensemble G.Addict and appeared in the film and he will be playing Clemont. Yuki Kaji won for Best Voice Actor Award at the 7th and 8th Seiyu Awards, respectively.

Yuki Kaji stated, he heard reports that characters from other shows are emerging one after another, so he was hopeful that Citron would someday, and was overjoyed that this wish came true, In addition, the three years he spent at the dubbing studio for the TV anime Pokemon are an indispensable masterpiece in his career as a voice actor, as posted on the Windobi site.