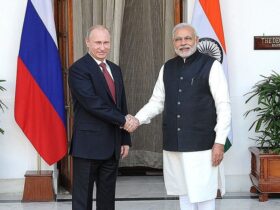 Major narrative information for Dragon Ball Super: Super Hero has been revealed by Toei Animation. Shueisha’s executive producer, Akiyo Ikoyu, stated that they intended to underline that the picture is all about heroic vibes.

Piccolo’s new home is close to Gohan’s family, allowing him to continue serving as a father figure to Gohan by visiting them on a daily basis. Pan, Gohan and Videl’s daughter, has also been revealed to play a major role in the film and based on the title, Gohan’s Great Saiyaman will most likely return, as specified by the Epicstream webpage.

Toei Animation has returned with a complete teaser for the next Dragon Ball Super: Super Hero animation film, after the release of the movie poster.  Piccolo is attacked by a resurgent Red Ribbon Army, and the androids Gamma 1 and Gamma 2 make an appearance later. The clip is a little less than a minute long and shows off the new 3D CG style of filmmaking.

The tale appears to be shifting its focus away from Goku and Vegeta and onto the other Z-Fighters, like the Namekian armor-clad Teen Gohan and Pan, as per Comic Book.

Potential Unleashed “Potential Releasing Ability,” also known as Ultimate Form, is a strong state available to those who have completed Old Kai’s Unlock Ability, allowing them to use their hidden ability to its full potential.

As a result, the user enters a state that awakens their dormant potential and allows them to focus it to increase their power far beyond its regular bounds, according to Wiki Fandom.