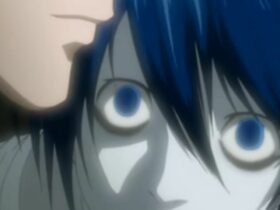 A basket full of Thriller Anime

Paramount Pictures is a film and television producer and distributor. The company will soon launch three new movies based on characters from the SpongeBob SquarePants universe.  The Kamp Koral and The Patrick Star Show, two SpongeBob remakes, premiered in 2021 to tremendous acclaim.

The Patrick Star Show, which is now airing on Nickelodeon will soon be available on Paramount.

In accordance with Paramount, the three possible films will feature unique characters from the spin-off series, with the first one planned to premiere in 2023. At this time, no more information is available.

Nickelodeon Animation is presently developing a fourth, untitled SpongeBob picture for distribution on the big screen. This isn’t the first time Nickelodeon has expanded the franchise’s world.

Paramount’s chief content officer of movies, family, and kids, Brian Robbins stated that, as they saw with Nickelodeon’s long-standing achievement, the kids and family audience is incredibly loyal. He added, as people continue to watch the shows and ask for more, they revert to giving them what they want by growing the universes of the characters they adore, based on the news published by the Collider site

While SpongeBob, Sandy Cheeks, Squidward, and Mr. Krabs make cameo appearances on The Patrick Star program, they have a larger role in Kamp Koral. The full title is Kamp Koral: SpongeBob’s Under Years, a Paramount series.

The third film in the series, The SpongeBob Movie: Sponge On The Run, was launched directly online in summer 2020 as a result of the COVID-19 Pandemic.  The fourth SpongeBob film, which is intended for theatrical distribution, signals a return to the silver screen.

In addition, Nickelodeon Animation had already developed the fourth picture, according to Paramount. The film’s title has yet to be released, but as production progresses, more information will become available. However, following final editing, the film will undoubtedly be released on the big screen based on the written post on the Morning Picker website.