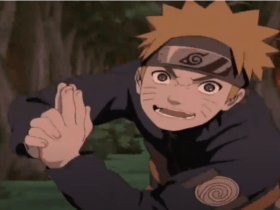 Aside from the animated series, Paramount’s most anticipated film has been postponed. Transformers: Rise of the Beasts was supposed to be launched on June 24, 2024. The release date of the picture has now been moved out to June 9, 2023.

The animated series will follow a new breed of Transformers that are seeking to find their location and mission among the Decepticons, Autobots, and the human family who adopt them. The program will contain both original characters and fan favorites, according to Claudia Spinelli, who is in charge of Nickelodeon’s creative staff.

The new anime episodes are part of Nickelodeon’s aim to attract younger viewers, flocking to streaming platforms like Disney and Netflix, which are gaining popularity. For a new generation of kids and families, the series will present a reinvented narrative with unique characters as well as loved by fans.

Transformers: Rise of the Beasts will be released in cinemas as the first of three new movies, according to Paramount’s official Twitter account, which means the sci-fi action series plotted out all the way through Transformers 9.

In April 2020, Paramount Animation and Hasbro’s eOne studio announced the production of a Transformers prequel animated picture, with Josh Cooley as the project’s director. The script was written by Andrew Barrer and Gabriel Ferrari.

According to reports, the film will focus on Optimus Prime’s and Megatron’s relationship and will take place on Cybertron, the homeworld of both the Autobots and the Decepticons, as per Anime News Network.