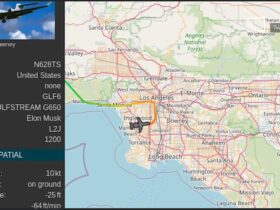 Genos wasn’t a cyborg at first. He was once a normal boy, but a horrible incident prompted him to seek justice and seek physical changes. Genos from One-Punch Man is among the most well-known cyborgs in anime and manga.  The monster-killing cyborg was introduced in the name of justice, and he sought power.  During his time as an S-Class hero, he has defeated several monsters while simultaneously working as Saitama’s apprentice and helper.

His subsequent forms gave him the ability to battle on an equal footing with nastier creatures like Monster Association executives. The plot of One-Punch Man becomes increasingly cybernetic as it progresses. Knowing his roots necessitates going back to the beginning, according to the report on the CBR.com website.

When Genos was 15 years old, a fugitive cyborg assaulted and demolished his house, he claimed, he used to be a normal human. Despite the fact that he was able to escape the catastrophe, the entire town was demolished.

When Dr. Kuseno was on his way to seek down the rogue cyborg, Genos begged the genius scientist to change him. The doctor complied with the patient’s requests. Genos then promised his savior that in the future, he would become a cyborg for the sake of justice and put a stop to the crazed cyborg’s rampage.

According to one fan prediction, Saitama’s final opponent may be Genos, his cyborg apprentice who has been desperate to uncover the hidden truth of his strength.

While most of the evidence supporting this theory is circumstantial, it all adds together to depict a very different picture of Genos and his life than that which has been presented to fans. Genos’ past has only been revealed through his own words, and given the nature of his cyborg transition, his recollection of events isn’t always reliable.

Genos doesn’t have to be lying or malicious in any way for this hypothesis to work; all he has to do is not know the truth Genos is on the hunt for the “Crazy Cyborg,” a rogue robotic monster who annihilated his village and killed everyone save himself.

Dr. Kuseno who discovered the dying boy and transformed him into a cyborg – would have to lie about the circumstances surrounding Genos’ discovery Dr. Kuseno built a cyborg body and attempted to implant Genos’ brain into it before rather than after the village was destroyed, but something went wrong during the transfer, causing Genos to wipe out everything in his path.

Kuseno might then blame himself for the accident and fabricate a version of Genos’ past in which a third party was involved, ensuring he had no memory of the carnage based on the post on the Screen Rant website.

Flying Witch Anime and Manga: Explore the Magic and Fantasy in Both Version