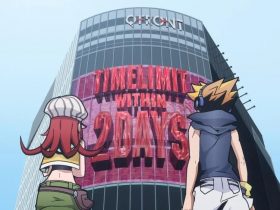 After our long-awaited 975th episode of One Piece, released on May 22, many are desperate out there. But don’t worry, as we already know about Episode 976 in One Piece: Date, Release Time and Summary.

One Piece Episode 976: Release Date and Time in Brazil
Episode 976 of One Piece, has an appointment: it will arrive on the screens on May 29 at 23:00 GMT, for premium subscribers to Crunchyroll, certainly the first place that will present the subtitled episode.

On the other hand, if you are not a subscriber, the episode will be released for free one week later, on June 5th. To help you, we’ll leave a timer showing how much time is left for episode 976 to open, so when it’s available on Crunchyroll it will be reset.

One Piece Episode 975 Summary
In episode 975 we see Toki reading a letter from Oden, where he says that 20 years from now the world will turn upside down. After that, we see the 9 samurai thinking about saving the princess and her children, while they flee to Zou. In this way, they leave for the castle, but some of them stay on the way to face the countless enemies that appear.

Meanwhile, Kaidou and his men attack the castle, burning everything. Soon, Kaidou invades and attacks even Toki and Momonosuke, but decides to let them burn to death. Thus, the remaining samurai arrive at the castle and are sent 20 years into the future.

On the other hand, Toki jumps out of the castle and utters the prophecy that 20 years from now they will be saved. Anyway, Kaidou’s men finished executing her.

How to watch the 975th episode of One Piece?
You can watch it on Crunchyroll or if you prefer Funimation, as they are the official anime distributors in Brazil. But, if you prefer another option, search for SubAnimes on Google, as it is a partner of our blog.

Synopsis
The legendary king of pirates, Gold Roger was the man who conquered everything in this world, fame, wealth, and power. When captured and during his public execution, his last words gave rise to the great era of pirates. “My treasure? If you want you can take it! Look, I left everything in that place! ”. This treasure, the greatest treasure in the world, became known as One Piece. People from all over the world took to the seas in search of this enormous treasure.
The protagonist of this story is a 17-year-old boy named Luffy, who dreams of finding One Piece and thus becoming the new pirate king. Luffy ate the Gomo Gomo No Mi (rubber fruit) which transformed him into a rubber man, but it also prevents him from swimming. Luffy launches into the sea in search of a crew and to find the great One Piece treasure.